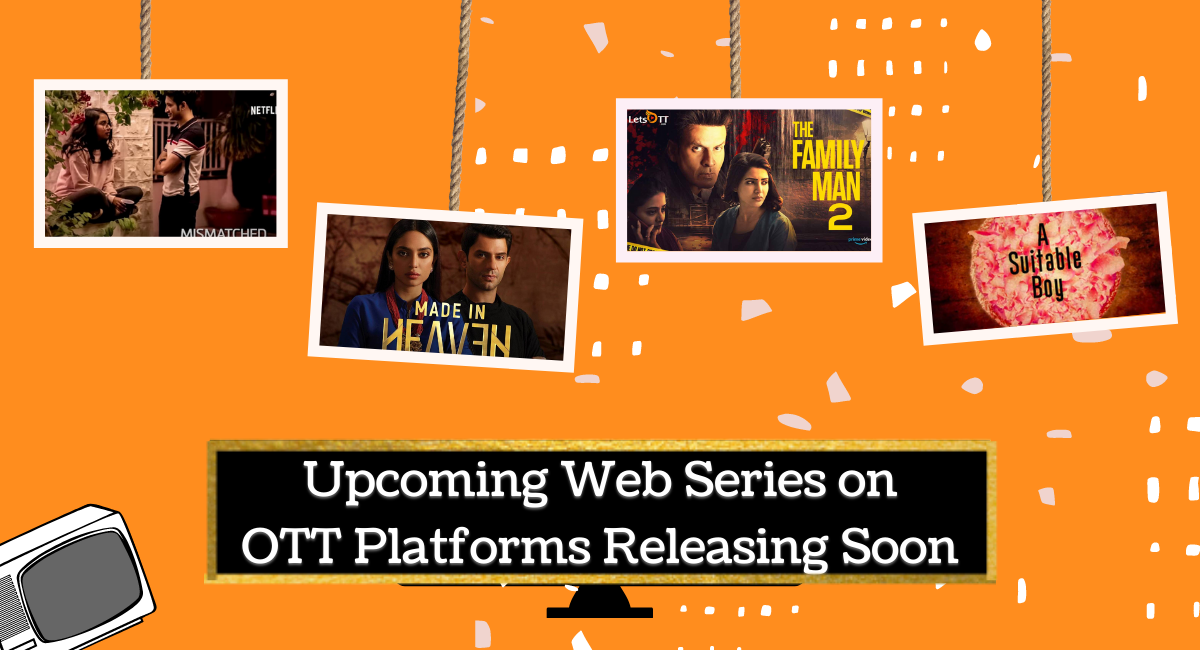 The digital entertainment media and Over the Top (OTT) platforms like Amazon Prime, Netflix, Zee5, ALT Balaji, and MX Player have changed the face of the entertainment industry. Now more than TV serials, we look for the upcoming web series. The craze for latest series shows that great storyline and fantastic acting are still appreciated even though the series budget might be low.

After the release of Mirzapur 2, there are series of most awaited sequels lined up for release. Here we have listed 14 upcoming Hindi web series you might want to watch.

Among the plethora of web series available on Indian OTT platforms, we have chosen the most exciting series that is worth binge-watching. Go through the list, and you will get the details of the tentative release date, director, casts, and which platform is releasing the series.

The Family Man 1 was a thrilling web series that glued the audience for all ten episodes. The story revolved around a man who was juggling between his family and his profession as an intelligence officer. The last episode ended with lots of anticipation, and the fans were waiting for the next season impatiently.

The thrill of joy again ran across the fans when Amazon Prime declared the news of the upcoming web series The Family Man 2. The wait will end soon, so let’s buckle up for another crazy ride of edgy thrill with this Indian web series.

One of the most fascinating Indian Web Series of 2020 was Made in Heaven. The story revolved around two wedding planners who go through emotional and practical ups and downs through planning weddings.

The exciting storyline is about to continue in the upcoming web series Made in Heaven 2. In this season, the two wedding planners are going to take projects abroad. So we can expect beautiful destination wedding locations in the series.

The story revolves around a girl handling career, life, and love in the midst of mayhem. Through all ups and downs of her career and love life, she decides to become a stand-up comedian. We will have to wait a little while to see how her life evolves.

The upcoming Netflix Indian series is based on Vikram Seth’s novel, A Suitable Boy. The story confronts tradition with modernity in the post-independence era. Lata is a young college girl who has a dominating mother.

The story revolves around the mother looking for a suitable match for her daughter. On the other hand, Lata is trying hard to find her independence in choosing her suitor. The drama and love look promising in the trailer of this upcoming web series.

Naxalism is one of the crucial issues in India. This issue has again raised interest in the web series platform with the upcoming web series Naxalbari.

The story will take you to the Gadchiroli, where there is a rise in the Naxal agitation. As the protagonist, Rajeev Khandelwal gets involved with the subject, he finds a completely different angle.

Season 1 of The Test Case is one of the best Indian web series. Through all ten captivating episodes, this series highlighted the gender biases prevalent in every field of work. The next season is coming soon on OTT platform Zee5 and ALT Balaji.

Nimrat Kur was the lead in the first season of this series. It showed the tough training one has to go through in the Army training center. With the upcoming web series The Test Case 2, Harleen Sethi will display a strong and fierce female army personality.

Streaming on: ALT Balaji and Zee 5

Aarya was one of the top Indian Web Series of 2020 starring Sushmita Sen. The audience was thrilled by her acting, seeing her after five long years. If you enjoyed the thrill of the crime drama Aarya, then the second season of Aarya is in the making to entertain you.

The audience and critics have admired the first season because of the addictive storyline and amazing action of Sushmita Sen. So, it is expected that the second two will be full of action and drama. So hang on there and wait for the next updateof this Hindi upcoming web series.

Release Date: Yet to be announced

The upcoming web series are playing an important role in breaking traditional stereotypes. This Hindi web series Bombay Begums is one such series that will air soon on the OTT platform, Netflix. This falls in the category of social issue TV drama, which focuses on women’s ambition, insecurities, and desires.

The story encompasses the lives of five women across generations. All these individuals have different challenges to wrestle with. This little glimpse available for us shows that there is so much to explore from women’s character. This series will be introducing us to five begums who are tied with an unbreakable bond.

The next upcoming web series on the OTT platform Netflix is ‘Mismatched.’ The lead of the series is a YouTube sensation, Prajakta Koli, along with male counterpart Rohit Saraf. The first appearance of the series looks so interesting that we hope that it adds to Best Hindi Shows on Netflix India.

The story of this new web series is romance and drama. The girl is a tech wizard and has a very practical approach to life. On the other hand, the boy is a dreamer, and he expects his love story to be a fairy tale. It will be interesting to see how they would fall in love, or their paths drift away. It is soon to be added in great Netflix Indian web series list.

The star stand-up comedian Zakir Khan turned into a comic actor with the first season of ‘Chacha Vidhayak Hai Humare.’ He has allured his audience with his amazing comic timing like one we saw in ‘Haq Se Single.’ He gained much popularity, and today he is one of the famous Instagram influencers.

This Hindi upcoming web series is ready to entertain you and make you laugh. So wait for a little more before you see Khan’s refreshing comic acting skills.

Release Date: Yet to be announced

The Shahrukh Khan of web series Sumeet Vyas is about to thrill you with his new web series, Dark 7 White. Nidhi Singh and Sumeet are the lead actors of this political thrill.

It will be exciting to watch this unique murder mystery political drama. Just wait for a little more; it is releasing in November.

When the release of Aashram season 1 part 1, it made a mark on the OTT platform of MX Player. The story shows the darker side of godman or babas in Indian society.

In Part 2 of season 1, the story will evolve and show the reality of the behind story of the aashram. Hold on for a while until it releases in November 2020 to enjoy one of the latest Hindi web series.

This new web series is a Pakistani story of two young people. Sohail and Salma met each other on social media through their fake profiles and fell in love. Now the story evolves with the contrast in their real and fake lives.

The story of Agastya and Rumi is about to see a new phase in life in the upcoming Hindi web series Broken but Beautiful season 3. The series will be released in the genre of romance and drama. So the wait is about to get over.

Release Date: To be announced

Casts: Yet to be finalized

Today we have excellent access to digital media and new age entertaining shows. All thanks to the OTT platform that we need not worry about satellite or cables connection for our entertainment. There is a number of web series apps and platforms which is the source of ultimate entertainment.

This has increased the craze for web series. The exciting thrill, drama, romance, mystery storylines have engaged people to a greater degree. If you are wondering what the upcoming web series is worth waiting for, go through the list above. We hope you got to know a more interesting series about to be released through this blog.

1. Which web series is trending now?

Mirzapur 2 one of the trending series now as it has been released very recently.

2. Which is the most popular web series?

Web series like Sacred Games, Mirzapur, The Family Man, Made in Heaven, Kota Factory, Little Things, Ye Meri Family are the most popular web series. These series also have the potential of 2nd season. Some sequels are releasing soon. Go ahead and read the blog above to know more.

3. Which is the best web series on Hotstar?

Criminal Justice, Hostages, Aarya are among the best series on the OTT platform of Hotstar.

Web series like Bhaag Beanie Bhaag, Made in Heaven 2, etc. are releasing in 2021. Keep a check on the updates to never miss the release date of your favorite series. We have mentioned the tentative release date, director, and casts of the upcoming web series.

The ALT Balaji website and app is primarily a paid OTT platform. However, the first episode is made free for non-subscribers.

6. Which is the Best Web Series App?

Yes, MX Player has allowed most of its content for watching freely. However, some latest show releases are kept exclusive for the subscribers.

Disney+ Hotstar is one of the best OTT apps, which is free. You can enjoy web series, movies, IPL cricket matches, and more.

9. Where can I watch Netflix Web series for free?

Go to netflix.com/in/watch-free to watch the selected movies and shows for free. However, subscribe to the app to enjoy more shows and series.