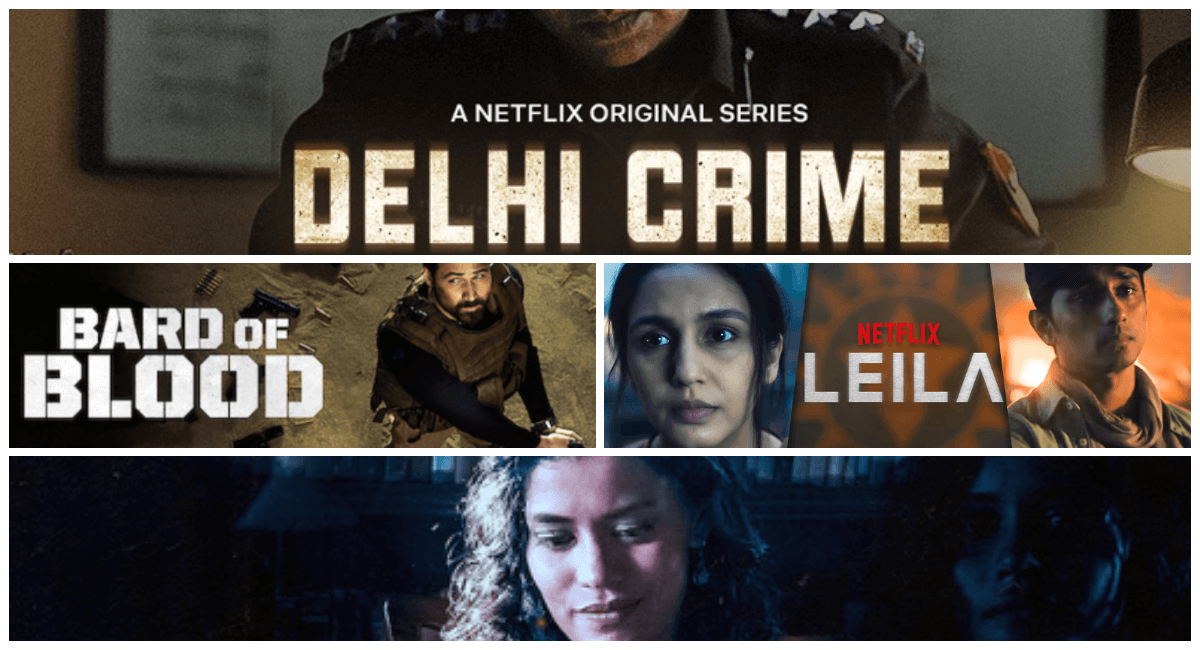 Netflix has become one of the most happening sources of entertainment for people all around the world. The shows and movies they have as Netflix originals are super amazing and have an excellent storyline to them as well. However, from the widest picks of the hind shows on Netflix, it is impossible to find which ones are the best. To help you out, we have listed down some of the best Hindi shows on Netflix which have been released in the year 2019 and are pure entertainment.

Delhi Crime is one of the best Hindi shows on Netflix. It is actually a drama themed web TV series. Richie Mehta directed Delhi Crime and the premier of the same was launched in 2019. The entire series has only 7 episodes which revolve and talk about a gang rape case which took place in Delhi in the year 2012. The series talks about what happened the night of the rape and thereafter the consequences of the same regarding the victim, the rapists, the family of the victim, the actions taken by the police, and more.

On March 22, 2019, the series was released in the country. Vartika Chaturvedi, the police officer who works on the gang rape case is the lead in the series, and the story is told from her point of view only.

Bard of Blood is another amazing Hindi show on Netflix. The series is fictional and has a thriller theme. It is a web TV series which is based on a novel of the year 2015 which has the same name and had been written by Bilal Siddiqi. Ribhu Dasgupta directed the series and it was released on Netflix on September 27, 2019. There are 7 episodes in the series which have been produced under the Red Chillies Entertainment.

Also, this series talks about an ex-RAW agent, and the role of the same is played by Emraan Hashmi. The titles which have been given to the episodes are all quotations of the most famous English writer, Shakespeare. The story is about 4 officers who work in the intelligence department or IIW, the Intelligence Wing. They have important information about India which they have to give to the authorities. However, they are all captured, and the story is about how they escape from getting decapitated and pass on important information to the authorities as well.

Cast of Bard of Blood

Leila is also one of the most famous Hindi shows on Netflix. It is a drama web TV series which is also dystopian. The series is based on an eponymous novel which was written by Prayaak Akbar in the year 2017. The story of the web TV series revolves around a lady whose name is Shalini and she is looking for her daughter, who has been missing in a totalitarian regime. Huma Quereshi is one of the leads of the series and the teaser of the series was launched on the day of Women’s Day which is the 8th of March.

The series was released on Netflix on 14th June, 2019. The series has only six episodes. The story is about the future years and the conditions which are shown in the series are of about 2040 or so.

Typewriter is one of the most horror Hindi shows on Netflix and has been directed by Sujoy Ghosh. It is a horror web TV series. The shoot of the series has been done in Goa and it shows a house that has been haunted along with a book that has the imagination of a small group of all the ghost hunters. On 19th July, 2019, the series was premiered after being announced on November 2018.  The story of the series is about a group of students who study in a school and reside in Bardez, which is in Goa.

All these friends belong to a ghost club, and this is why they take a trip to find a ghost in this haunted house and accomplish their first mission. The adventure they face, the curiosity, and the sudden deaths are all that the series is about.

These are some of the best Hindi shows on Netflix India, which have been premiered this year i.e., 2019. They are all extremely good and also quite famous, and if you are a web series fan, then you will surely love the content they have put forth. The actors have done wonderful acting and the shows will surely seem unique and interesting right from the start till the end.