All Posts / Entertainment / 12 Must Watch Marathi Web Series in 2022 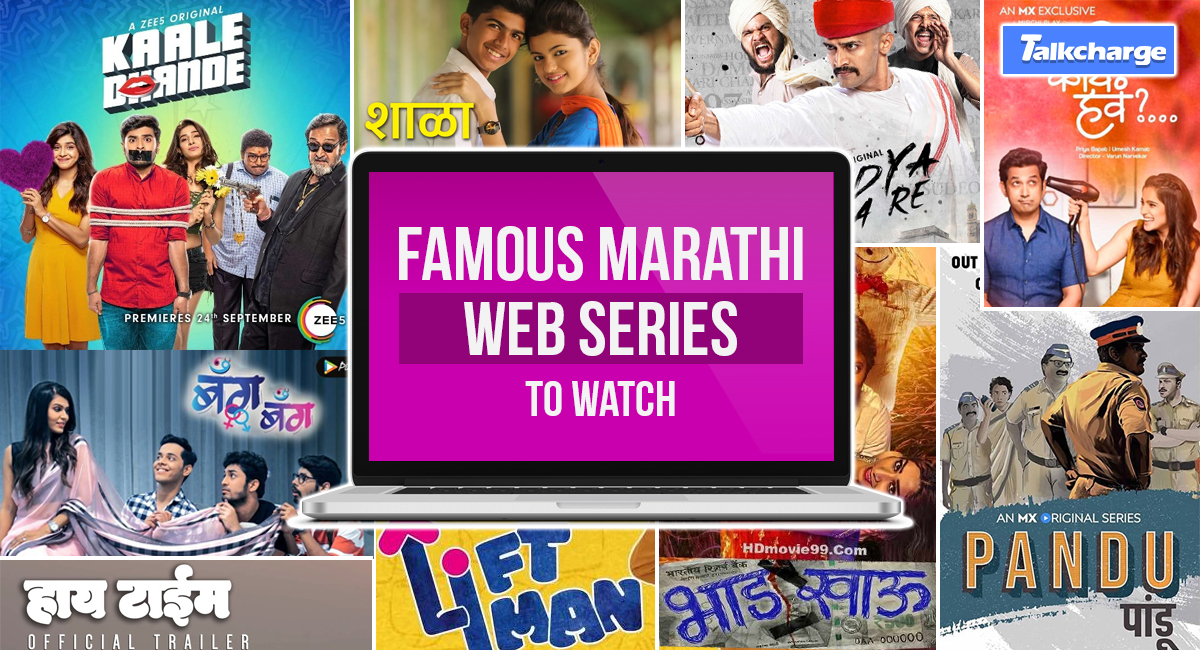 With 83 million Marathi speaking population in India, the wave of entertaining Marathi web series has taken the OTT platforms by storm. The creators of the series have tailored the best of the Marathi culture, history, and social life in beautifully plotted stories. Here we have listed amazing series that you can’t miss to watch. You will find the stories across genres like romance, historical drama, family drama, thrill, and more. And the best thing is! You can binge-watch these interesting shows on popular OTT apps that you might have already subscribed.

Let’s begin with our Best Marathi web series list that you can watch on different OTT platforms like Zee5, SonyLiv, MX Player, Disney+Hotstar, and many others.

Samantar is one of the highly-rated Marathi web series starring Swwapnil Joshi in the key role. It has been dubbed in various languages, including Hindi, Telugu, and Tamil.

Frustrated from his personal and professional life Kumar Mahajan (Swwapnil) visits a Swami and finds out that a man named- Sudarshan Chakrapani has led the same life as Mahajan. Kumar begins his journey to find the person to change his destiny.

A novel written by Suhas Shirwalkar has inspired the story of this Marathi series. The director of the series is Satish Rajwade, who has directed many Hindi and Marathi serials, TV series, and films!

Owing to the love, the first season received, the makers of the web series extended the plot and introduced Season 2 of Samantar. In the second installment, Swwapnil Joshi and Nitish Bharadwaj have reprised their respective roles.

The former part had 6 episodes and its sequel has 10 long episodes. The second season is quite eventful and will keep you glued to the screen till the end. Do watch the series on MX Player.

With the stellar star cast and amazing story, High Time is one of the top-rated series in Marathi. It revolves around a set of friends who have faced all the hardships together and promises to be with one another. The series does not have a single dull moment and will surely hook you till the last episode.

Next in our list of must-watch web series in Marathi is Bhadkhau. Released in the year 2019, this drama-comedy series is based on a newly married man. Ahead of his honeymoon, Santya receives Rs. 500 note which has BHADKHAU written on it. Because of this incident, his honeymoon gets postpone that worries Santya, and he begins his hunt to find the person who has sent that note to him. To find out what happens next, do binge watch this exciting TV series!

Directed by Ankur Kaktkar, Gondya Ala Re is one of the best series in Marathi. The regional series is inspired by the real-life story of the Chapekar brothers, who led a revolutionary movement against Britishers in the year 1897.  The series has received an IMDb rating of 8.6, making it a high-rated best Marathi web series of the year.

Aani Kay Hava is a sweet and modern story of a married couple Saket and Juhi. The two are in the process of exploring each other and themselves after the marriage. The show has been beautifully scripted with some of the finest dialogues that would surely woe your heart. Do watch this top-rated Marathi web-series on MX Player.

This comedy series will definitely take you on a fun ride. With ace actors like Mahesh Manjrekar, Kaale Dhande is one of the promising TV series of 2019. This new-age comedy concentrates on the life of young photographers. Kaale Dhande Marathi web series consists of 8 episodes that are nicely curated. With the strong storyline and fine actors, this series has received much appreciation.

Shala web series is a perfect coming-to-age story that narrates different challenges faced by students. It focuses on three students and their ways of dealing with life. The series received positive feedbacks and is one of the most-watched series in Marathi. Besides the main star cast, Kaushal Jadhav and Anushree Mane, it also features Anand Ingale, Bhushan Pradhan, Kshitish Date, Sunil Barve Shivraj Vaichal in pivotal roles.

Pandu web series highlights the real life of a Mumbai Police. The series has Suhas Sirsat and the famous veteran actor Deepak Shirke in the lead. With the best of actors and screenplay, Pandu has received 8.7 rating on IMDb and is one of the top-rated Marathi web-series of 2019.

This web series revolves around an elevator operator, which is played by the famous Marathi actor and comedian Bhalchandra Kadam. The series showcases his interactions with the residents. Liftman will make you laugh and let you empathize with the life of a lift operator. The series culminates with ten episodes that are worth watching.

Usal Misal series is about a girl who has been manipulated and trapped by her boyfriend. The series features Zoya Khan and Nidhi Mahawan in the lead role. This Marathi web series is exclusively available on NUEFLIKS-one of the subscription-based Video on Demand platforms in India.

With a 6.6 rating on IMDb, this is a must-watch web series! Why? Because this rom-com has all the elements that make it one of the best series of 2018. The story concentrates on an adult who has recently ended his relationship and seeks guidance from his friend for his next move! To know what will happen with him next watch this Marathi Web Series only on MX Player.

Made under the direction of Sameer Vidvans, YOLO – You Only Live Once is a story of 4 adults- Rochak, Pari, Sarika, and Choko. They go through various events that change their outlook towards relationship, sex, and other aspects of life. This regional webs series is exclusively available on SonyLiv- one of the Free Live TV Apps in India. The story also captures the difference of opinion that two-generation has. It was the first regional web series to be telecasted on the OTT platform.

Now that we have shared our list of best Marathi web series, you can binge-watch them on OTT channels like SonyLiv, Zee5, Disney+ Hotstar, and more! In addition to Marathi, there are many upcoming web series on OTT platforms releasing soon which you can explore. Do let us know which is your favorite web series in Marathi or any other regional language.

1. Where can I watch Marathi series?

You can watch the web series in Marathi on OTT platforms like Zee5, Disney+Hotstar, SonyLiv, YouTube, and MX Player.

2. Which web series is available on MX Player?

3. What is the IMDb rating of Samantar?

This mini-TV series has received 7.8 rating from IDMb.

4. Which Marathi web series is available on Zee5?

Liftman and Kaale Dhande are to name a few Marathi series that are available in Zee5.