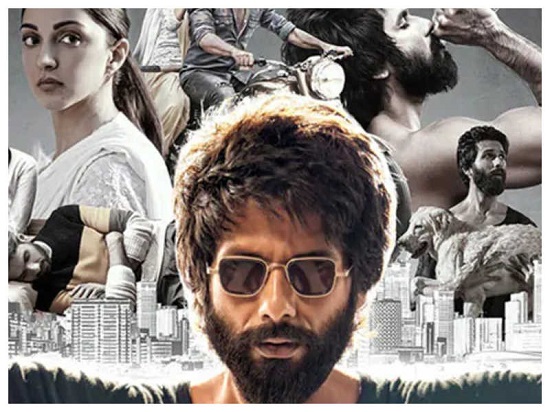 Bollywood actors have taken ‘’The No-Shave November ‘’ quite seriously.  Why only November, the actors now like to rock the look throughout the year at least until they have to change it for a movie. Thanks to this campaign we have got many stars who have aced the unconventional look. Whether it’s a full bushy beard look or French cut beard, the B-Town actors have inspired many Indian beard styles. Let’s have a look at the actors who are ruling the roost.

The Kabir Singh of Bollywood, surely knows how to woe his audience with his acting and looks. The actor was flawless in Haider and so was his beard look. With time not only he has refined his acting style but his bushy beard look also, and his latest release is a perfect example of it.

It wouldn’t be wrong if we say Ranveer Singh brought beard look back in the fashion. Starting from ‘Gunday’, the actor has nailed every possible beard look, be it in Ramleela or Padmavat. With his unique fashion style, his thick beard look has become a trendsetter.

The actor has proved his mettle in Bollywood with his brilliant acting skills and killer look. The Bollywood actor has recently associated with a men grooming company, Beardo and he surely deserves the association because of his grooming style. Oh by the way if you too want to look like him, check out the brand and do not forget to use Beardo coupon codes to save more while buying grooming products from the online site.

The actor might not don a beard look in real life but has many movies in his credit which redefined his looks, and has inspired many Indian beard styles. His last blockbusters Sanju, Ae dill hai Mushkil and Tamasha and Yeh Jawaani hai Deewani and not to forget Rockstar showcased Ranbir’s different beard styles and each style was the showstopper in itself.

The evergreen actor leaves no stone unturned to immaculate his acting skills and looks. The Bollywood’s very own Nayak has revived the salt-and-pepper beard look with his last released film-Ek Ladki Ko Dekha Toh Aisa Laga. His look got him many accolades and raised his fan following too.

The Indian Greek God is an epitome of great looks and flawless body. The actor who recently made into the list of Most Handsome Man in the world has styled beard look on point in many of his movies including Super 30.

The Nawab of Pataudi is a charmer. He definitely knows how to charm the audience with his different characters like Langada Tyagi from Omkara, Ranvir Singh from Race, Gautam Kapoor from Cocktail, or Sartaj Singh from his popular web series. One thing which is prominent in all his roles listed here is his beard look which has graduated with his every iconic character.

The Megastar has graced beard style from more than a decade. The angry young man of Bollywood made French beard style popular with his look in Kabhi Khushi Kabhi Gham, Chinee Kum and Pink. In real life too Big B likes to keep a French beard style with the rest of his face clean shaved.

There are only a few movies in which the king khan has flaunted a beard look, but his beard look in Raees became a rage amongst his fan. He looked dapper in the movie and we definitely can’t stop our self from gushing over him.

The ace actor might have done only 3 movies in the Bollywood; the actor very well knows how to look different and classy in each role. The heartthrob has gained much popularity with his beard look in Ae Dil Hai Mushkil where he spotted short-full beard look, the look was soon followed by millions of his followers.

Mr. Perfectionist has gone under a drastic change for all his movies. Be it his acting skills, dressing sense, body type or inspiring beard style, the actor has always done full justice with his cine character. The actor turned filmmaker is known for thick stubble beard look, which has become quite popular.

The A-List actor is a trendsetter, from his different hairstyles, physique, and a beard style, the actor has given way to many trends. His recent release Bharat is the best example of this; people have gone gaga over his white Balbo beard style.

The handsome hunk is mostly seen donning an unconventional look with patchy beard style, which has by now inspired many Indian beard styles. The style not only suits his face shape but also compliments his overall look.

The B-town actor has improved his fashion game with every movie that he has been a part of. He is a stunner for a reason! There is hardly any time in his acting carrier when he has opted for complete shave look. The actor is mostly seen supporting a dense beard with mustache.

Summary: Over the years Bollywood actors have become the epitome of fashion and lifestyle. With every release, they change their looks. One of the looks that are quite in trend is beard look, from Amitabh Bachchan to the youngest actor in Bollywood has aced the look.