8 Reasons to Celebrate 2022 Holi in Mathura and Vrindavan 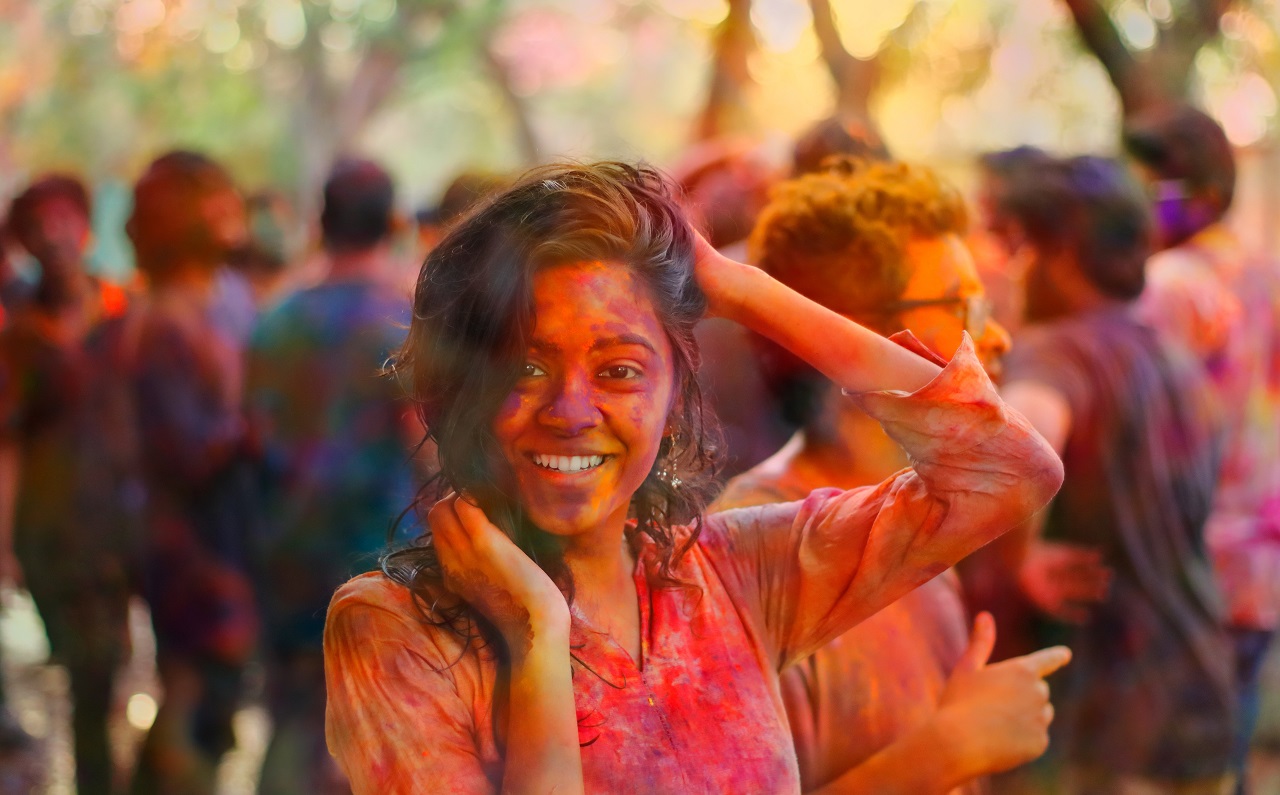 With just a few weeks left for Holi-one of the main festivals of the country, it is high time to decide your venue for the celebration. You might have been part of many Holi festivals, but nothing could be close to indulging in the Holi celebration at Mathura and Vrindavan. Both sacred cities are located in Uttar Pradesh and are quite close to each other. Unlike other places, the Holi celebration in Mathura and Vrindavan start a week before. This year the celebrations will begin in the first week of March and will culminate on the next day of Dulandi. Read more to know what makes Holi celebration in both the holy places so special?

Significance of Holi in Mathura and Vrindavan

There are many legends which mark the significance of the festival. According to one of the famous folk stories, Lord Krishna was the one who started huge Holi celebrations in both cities. He was born in Mathura and grew up in Vrindavan; thus, most of his folks, especially the ones around Holi, are related to both the holy places.

Reasons to Celebrate 2022 Holi in Vrindavan and Mathura:

If you wish to celebrate Holi in an epic way, then do visit Barsana. The small village is at a distance of 40 km from Mathura. It is believed that the divine village is the birthplace of Lord Krishna’s beloved, i.e., Radha. According to the legends, every year, Krishna used to visit Barsana to play Holi with Radha and Gopis (her friends). In return, Radha and her friends used to beat him and his friends with sticks in a playful manner. This gave way to lathmar Holi celebrations in Mathura.

To kick start the festivity, men from neighboring places visit Barsana, where women beat them with sticks known as laths. To save themselves, men use a shield. The entire ritual is done for fun, and there is no serious intention amongst men and women to beat each other. Besides Lathmar Holi, people put colors on each other faces and celebrate the festival with great zeal. This year you can visit Barsana on 4th March and head to Nandgaon (Krishna’s village) on the following day to continue the festivity.

Vrindavan is famous for celebrating Holi in the traditional way. On the day of Ekadashi, which happens to be few days before the main Holi, the festival is celebrated in a unique way at Banke Bihari temple, which is one of the popular temples and Vrindavan. In contrary to lathmar Holi in Barsana, the festival is celebrated in the most pious ways. Around 4 PM, the gates of the temple are opened, and devotees as allowed to enter the temple where the priest of the temple known as Goswami throw real flowers and holy water on the devotees. This is the reason why the celebration is called Phoolon wali Holi. The event takes place for 20 minutes, and one should not miss this.

Must Read- Top 7 Places to Celebrate Holi in India

3. Celebrating the Festival of Holi with Widows

For the longest, widows in Mathura and Vrindavan have been denied to relish the festival of colors. However, in 2013 the widows from Pagal Baba Widow Ashram introduced this festivity, and since then, widows across the city join the Mathura Holi celebration. Many Sanskrit scholars and priests also accompany the festival. If you want to make your Holi unique, do become part of the celebration this year.

4. A riot of Colors in Banke Bihari Temple

No Holi is complete without colors and water. On Chhoti Holi, the day of Holika Dahan, people from all around the Vrindavan and Mathura visit the temple to play the festival of colors with each other. What makes Holi celebration in Vrindavan even more enthralling is that God (Lord Krishna) also celebrates the festival with his devotees. Devotees are allowed to apply color to the lord. Meanwhile, Goswamis plays bhajans and devotional music, and everyone dances in unison.

What could be best than playing the festival of colors with God itself? After celebrating the Holi in Vrindavan, head to the Mathura to witness Holi procession. The event begins at the Vishram Ghat and culminates at Holi Gate. To celebrate the festival with zeal, the vehicles are decorated with flowers. Small kids dress up as Radha and Krishna and stand on the vehicle. As the procession heads towards the culmination point, people celebrate the festival by applying colors on each other faces. Dance and music are also part of the procession.

Lord Krishna is also known as Dwarkadheesh. One of the most famous temples in Mathura is the Dwarkadheesh temple, where the Mathura Holi celebration takes place on the main day itself. People from all walks of life grace the festivities and participate with full zeal and enthusiasm. Early in the morning, people start preparing a special drink called bhang and sweets like gujiya. The temple opens at 10 in the morning. Till then, people celebrate Holi outside the temple, and once the gates of the temples are open, the festivities step a notch higher with priest playing bhajans and dhols. All the devotees start dancing and celebrate the festival with the lord in a grand way.

Braj is a significant part of the Holi celebration. To mark the festivities, skits and plays are organized on the streets. The locals of Braj enact the prevalent stories from Hindu mythology. You would love the theatrical version and get to know about the Hindu mythologies in detail.

In some way, Huranga is the extension of Lathmar Holi. On the next of Holi, the Huranga celebration takes place at Dauji Temple, which is at the distance of 30km from Mathura. On this day, women from the family which established the temple strip the clothes of men and beat them. After this ceremony, the usual Holi festival continues in the courtyard of the temple, and everyone joins the festivities.

Celebrate the festival of colors with your family and friends in the most epic way at Mathura and Vrindavan. You will be amazed to see the grand scale of the celebration in both the sacred places.

10 Best Green Teas for Weight Loss – Get Fat to Fab
Top 10 Home Remedies for Acne, Pimples, and a Clear Skin