Supermodel of the Year: Winner of All Seasons and Runner-ups

All Posts / Entertainment / Winners List / Supermodel of the Year: Winner of All Seasons and Runner-ups 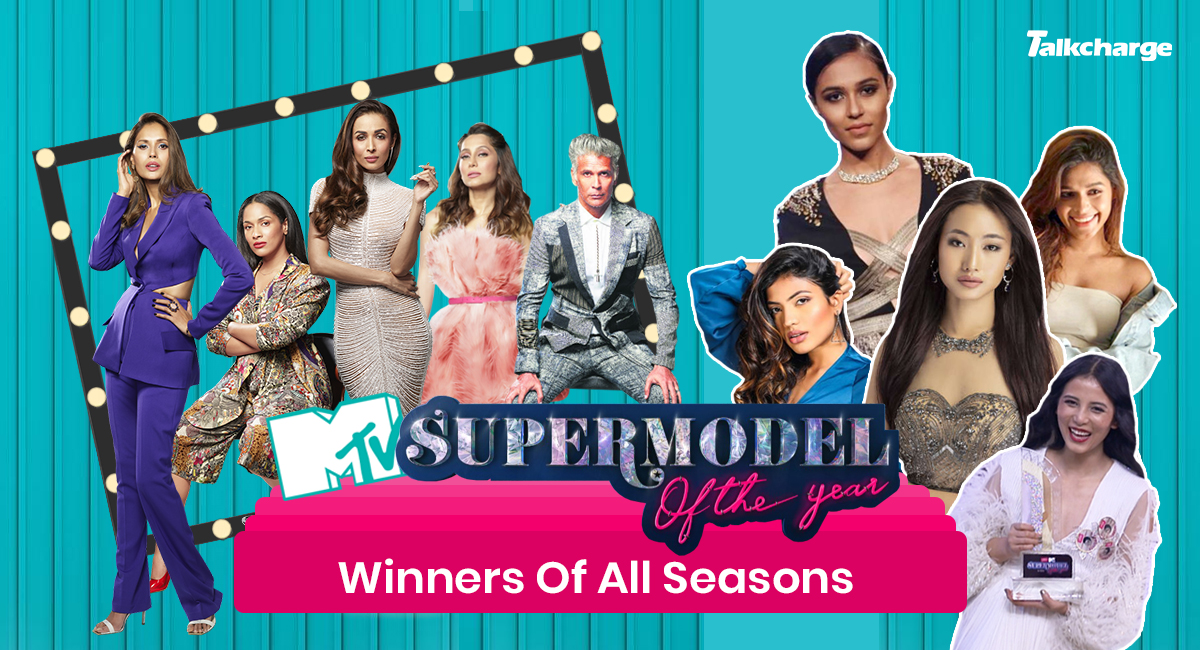 Do you know the latest Supermodel of the Year winner name? If not, then you will get all the information regarding the same in this write-up.

Supermodel of The Year is an amazing modeling reality show where girls above 18 participate to become the next supermodel of India. This show started to premiere in 2015 onwards on MTV India, but then it was named ‘India’s Next Top Model or INTM‘. It continued till 2018 and then re-launched as ‘Supermodel of The Year’ Season 1 in 2020.

Until now, this show has given five supermodels, and the next season will soon reveal the sixth winner. On that note, we have made the list of Supermodel of the Year winner with the names of judges and runners-up. We hope this will help you know the winner even closer.

India’s Next Top Model Winners for All Seasons

Livon MTV Supermodel of the Year is a reputed reality show for girls who aspire to make a name in the modeling industry. Previously, the only path to becoming a model was through modeling agencies and fashion photographers. Still, this reality show has allowed commoners to dream big. Let’s see how a life-changing reality show has affected the show’s winners. This season is anticipated to follow a similar format of training and judging.

Here, we have listed India’s next top model all-season winner, have a look-

The vivacious Roshni Dada, from Arunachal Pradesh, is the winner of Supermodel of the year season 2. She gave a tough competition to Eksha Subba and Swapna Priyadarshini. The 22-year-old model has been Ms. Arunachal. She was rewarded with the prize money of Rs 5 lakh along with the stunning trophy. Roshni has also walked the ramp with the judge- Milind Soman, on the show, whom she admires greatly. Roshni is a student of a B.Sc Nursing and is currently completing her hospital training.

The winner of Supermodel of the year 2020 is Manila Pradhan, who hails from Sikkim. She is the first to lift the modeling from the northeast. She realized her passion for modeling and fashion designing in schooldays. Manila wanted to graduate in Fashion design; however, she completed her graduation in Pharmacy. She entered the show without modeling experience and stumbles in the beginning episodes, but she took feedback in her stride and learned from the judges and mentors. Manila took home the trophy, contract of Livon girl for a year, cash of ₹5 lakh, and other lucrative projects. She also walked on the ramp for the prestigious Lakme Fashion Week Winter Festive 2020. Because of the lockdown, she is not seen to be associated with big projects.

The Supermodel of the Year winner for Season 4 (India’s Next Top Model S4) was Urvi Shetty. She graduated from one of the famous fashion designing colleges in India, Mumbai. On the day of the result, she left behind Nisha Yadav and Rushali Yadav to be honored with the coveted modeling title. She is passionate about her fashion career, and she has endorsed some big brands as well. Presently all her projects are related to fashion only. After her victory in the show, she has earned the love of more than 2 lakh social media followers.

Born in Gujarat, the Supermodel of the year season 3 winner, Riya, is settled in Mumbai. She wanted to be an air hostess but couldn’t join as the fee was too high. Instead, she studied M.com. But her aspiration to become a model made her step into the unknown. Through individual training and challenges of the show, assigned tasks and feedback by mentors and judges refined her in many aspects and contributed to her success. After winning INTM Season 3 finale, she participated in many fashion shows. She is so keen on fashion that she never desired to sign for daily soap or movies. Rather she looks for more opportunities to be associated with reality shows. Her passion for fashion has helped her win over 2 lakh followers on her social media.

One of the most successful Super Model of the Year winners is Pranati Raj Prakash. She entered season 2 of the show, judged by model actress Lisa Haydon and celebrity photographer Dabboo Ratnani. The eminent mentors were Anusha Dandekar (VJ & actress) and Neeraj Gaba(grooming expert).

After her success in INTM, she signed many serials and fashion shows and got featured in a reputed lifestyle and fashion magazine. Recently, she was seen in Karan Johar’s and Rohit Shetty’s reality show India’s Next Superstar. From the beginning, she aimed to become a Bollywood actress. Her dream came true with her debut Bollywood movie ‘Family of Thakurganj‘, with star casts like Jemmy Sergil, Saurav Shukla, and Supriya Pilgaonkar.

Pranati also participated in Miss India 2015 and won Miss Beautiful Legs, Miss Fashion Icon, and Miss Talented categories. Presently, she has a lot of fame, and her 1.1million followers suffice it.

The MTV supermodel of the year Season 1 winner was Danielle Canute. She was the youngest contestant on the show, but her passion made her win the contest. After winning, she received a 1 year contract from Tresemme. She participated in many fashion shows, but presently she is away from the media. Yet, she has around 17K followers on social media. The Supermodel of the year season 1 contestant names are Neev Marcel, Sreeradhe Khanduja, Vishakha Bharadwaj (quit), Aditi Shetty, Malvika Sitlani, Monica Gill, Anam Shaikh, Gloria Tep.

Updates on Supermodel of the Year 2022

There is no official notification for the launch of Supermodel of the year season 7. However, it will be released soon. Know the latest updates on India’s next top model season 7 from this blog.

Supermodel of the Year is a reputed modeling reality show which has given a platform to hundreds of girls who aspire to walk on the ramp but bury their dreams under the rugs after seeing the complexities behind it. This reality show is a boon and golden opportunity for all these girls. Till now, 5 seasons of the show have been aired, and the sixth season is coming soon. As you wait for this season to go live, we have created a list of all the winners of this modeling reality show. You can learn more about the winners, their achievements, and life. We hope you enjoyed reading this blog.

1. Who is the Supermodel of the year Season 2 winner?

Roshni Dada won the title of Super model in season 2.

Urvi Shetty is the Supermodel of the Year winner of 2018. She is growing in her career of modeling and endorsed many well-known brands.

3. Is ‘Supermodel of the year’, the continuation of ‘India’s Next Top Model’?

Yes, this modeling show has aired on MTV since 2015. It started with the name India’s Next Top Model, which went on till 2018. From 2019 onwards, it was renamed ‘Supermodel of the Year’.

Pranati Rai Prakash was the MTV supermodel of the year winner in 2016, and she has made a good fortune out of it.

6. What is the eligibility to enter the Supermodel of the Year contest?

The applicant should be above 18 years old, and she must be a resident of India. The participants must also download the Voot app for the latest update on the notification.

9. Who is the Supermodel of the year season 1 winner?

10. Who were the Supermodel of the year season 3 contestants?