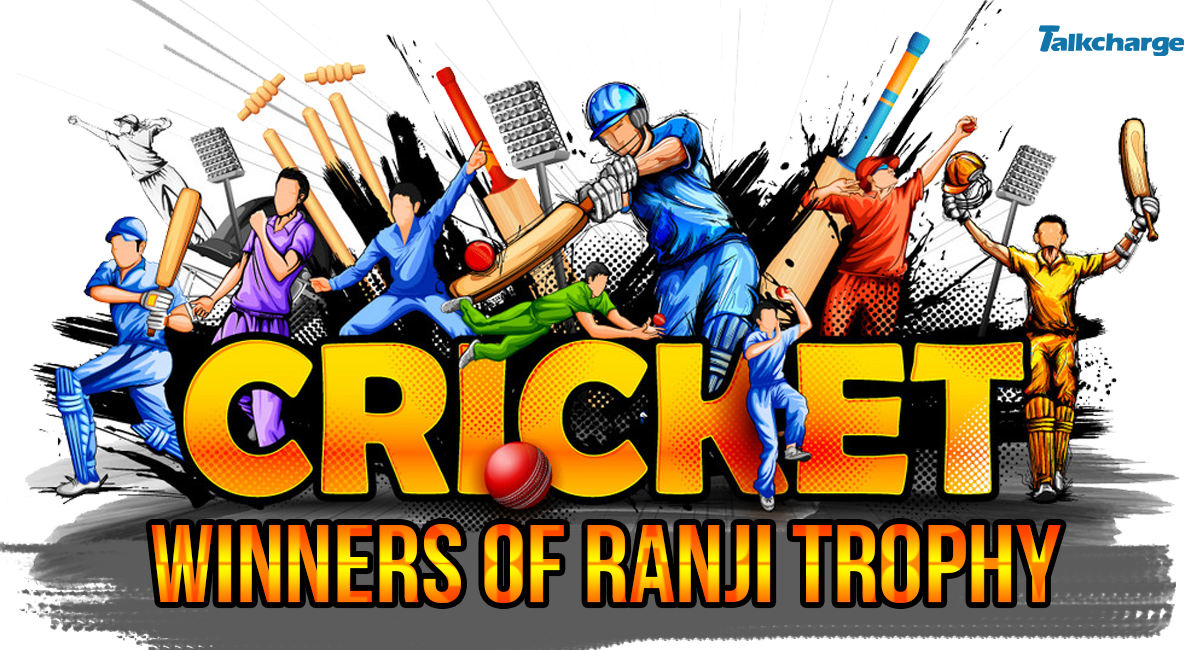 Ranji Trophy is amongst the oldest and most prominent first-class cricket championship played in India. Several regional and state cricket associations’ teams compete in the Ranji tournament. It is one of the most competitive domestic tournaments across the world where the best talent in the country compete to hone and demonstrate their cricketing skills.

The competition is named after Ranjitsinhji, Maharaja Jam Saheb of Nawanagar, also known as Ranji to commemorate his illustrious career in cricket. He is believed to be one of the best cricketers India has ever produced. The inaugural Ranji Trophy was played in 1934-35, comprising of 15 teams. Mumbai was the first team to make its name in the Ranji Trophy winners list; they defeated North India in the final and became the maiden champions. There have been a total 86 seasons by 2019-2020, amongst which 41 have been won by Mumbai.

Ranji Trophy 2023 is the 88th cricket tournament season currently hosting by India. It has started on 13 December 2022 and will finish on 20 February 2023. There are currently two divisions for the Ranji Trophy competition: Elite and Plate. The 38 teams would have earlier played for the same trophy. But, under the current structure, there will be two winners for the Ranji Trophy: one from the Elite groups and one from the Plate groups.

There are five groups formed of 38 teams. The Plate Groups contain six teams, while the Elite Groups consist of four groups with eight teams each.

Who will be the Ranji Trophy Winner 2023?

Mumbai’s Ranji team qualified to the final for the 47th time due to a one-sided tie match. Mumbai and Uttar Pradesh competed in the first semi-final, and the Mumbai team appeared to be in a strong position. Mumbai secured a place in the Ranji Trophy final even with the match ending in a draw due to massive first innings lead. Madhya Pradesh and Mumbai will now play in the Ranji Trophy final after MP defeated Bengal by 174 runs in the second semi-final.

Mumbai’s form has led the strategist to label him favourite. The Aditya Srivastava-led MP Ranji team faced up against players like Prithvi Shaw, Yashasvi Jaiswal, and Sarfaraz Khan. Stay connected with the blog post to know who will be the Ranji Trophy winner 2023.

In the first season, teams were divided into 4 zones, i.e. North, South, East and West, following the Knockout format. In the 1952-53 editions, a new zone was added, i.e. Central Zone. The same format was followed till 1956-57. Thereafter, the league bases format was adapted to determine the winner from each zone. The winners of the five zones competed in the knockout stage of the tournament.  .

The format was again changed in the 2002-03 season, the zonal system was substituted with a two-division structure -Elite Group (15 teams) and the Plate Group (comprising of the rest of the teams), thereafter number of formats have been tested with minor or major changes.

In the 2012-13 edition, three groups (A, B&C), each with nine teams, were introduced. The top three teams from each group contested in the knockout phase.

The 2020-21 Ranji season was cancelled, for the first time in the history of the tournament, due to the COVID-19 pandemic. The 87th edition of the tournament is scheduled to be held in 2022.  Scroll down to have a look at the Ranji trophy winner team list.

Mumbai Cricket Team was the first team to win the maiden title and has won maximum times, i.e. 41 times, followed by Karnataka/Mysore, which has lifted the trophy 8 times. Delhi and Baroda have been champions 7 and 5 times, respectively. Holkar has won the series 4 times.

Saurashtra/Nawanagar/Western India won the tournament 3 times. Vidarbha, Bengal, Tamil Nadu, Rajasthan, Hyderabad, Maharashtra and Railways won twice. Uttar Pradesh/United Provinces, Punjab/Southern Punjab, Gujarat and Haryana Railways have won the finals 1 time. Teams that have not made it to the list of winners of the Ranji Trophy are Services, Bihar and Northern India.

Best Players of Ranji Trophy from All the Seasons

1. The concept of the Ranji Trophy is believed to have started in the 1930s, and it was initially known as Cricket Championship in India.

2. Maharaja Bhupinder Singh of Patiala presented the trophy to the winners of the first season.

3. The semi-final of the 1945-46 Ranji Trophy is one of the most remembered matches as the first and the only tied match. The match was played between Baroda and Southern Punjab. Baroda was declared the winner of the semi-final by a coin-flip. Interestingly, Baroda won the preceding zonal final match of the west zone against Bombay (as it was called back then) also through a flip of coin to enter the semi-final.

4. In 2018, 24-year-old Rajneesh Gurbani of Vidarbha created history by becoming the second bowler to bag a hat-trick in the final match of the Ranji Trophy. After the Ranji final, the name of the cricketer was added to record books with figures of 6/59.

5. In the initial years of the Ranji trophy, if the final match was a draw, then the tournament’s winner was based on both teams’ performance in the first innings.

Named after one of the first Indian cricketer of international repute and king of Jamnagar, Colonel H. H. Shri Sir Ranjitsinhji Vibhaji II aka Ranji, the Ranji Trophy is amongst the noted cricket championship. Ever since the tournament is inaugurated in 1934-35, there have been various changes in its format. The current format follows Round-robin then knockout format.

Unfortunately, the previous edition of the Ranji Trophy was cancelled due to a Pandemic, but we look forward to the winner of new season that has already commenced in 2022, wishing all the luck to 38 contesting teams. Stay connected to the blog post to know who will be the Ranji Trophy winner 2022-2023.

1. When was the first Ranji Trophy played, and which team won it?

The first season of the Ranji Trophy was played in 1934-35 between Mumbai & North India, and the winner was Mumbai.

2. How many teams are there in Ranji Trophy?

Over the years, the number of teams has increased. The first season started with 13 teams, and the 87th season scheduled in 2021-22, would have 38th teams.

Mumbai has won Ranji Trophy 41 times which are the highest number.

4. Which player has made the highest runs?

5. How many times Karnataka has won the Ranji Trophy?

For the first time, Ranji Trophy was cancelled in 2021 due to the on-going COVID-19 pandemic.

8. Who has scored maximum number of runs in one season of Ranji Trophy?

9. Who has scored maximum number of runs in their career in Raniji Trophy?

10. Who has taken maximum number of wickets in one season of Ranji Trophy?

11. Who has taken maximum number of wickets in their career in Ranji Trophy?

Ashutosh Aman has taken 68 wickets which is the highest number in the history of Ranji Trophy.

Ranji Trophy winner 2022 is yet to be announced.

14. Which team has occupied the first position in the most Ranji trophy winners list?

The Mumbai cricket team has till now won 41 times and is currently the most successful team in the winners of Ranji Trophy.