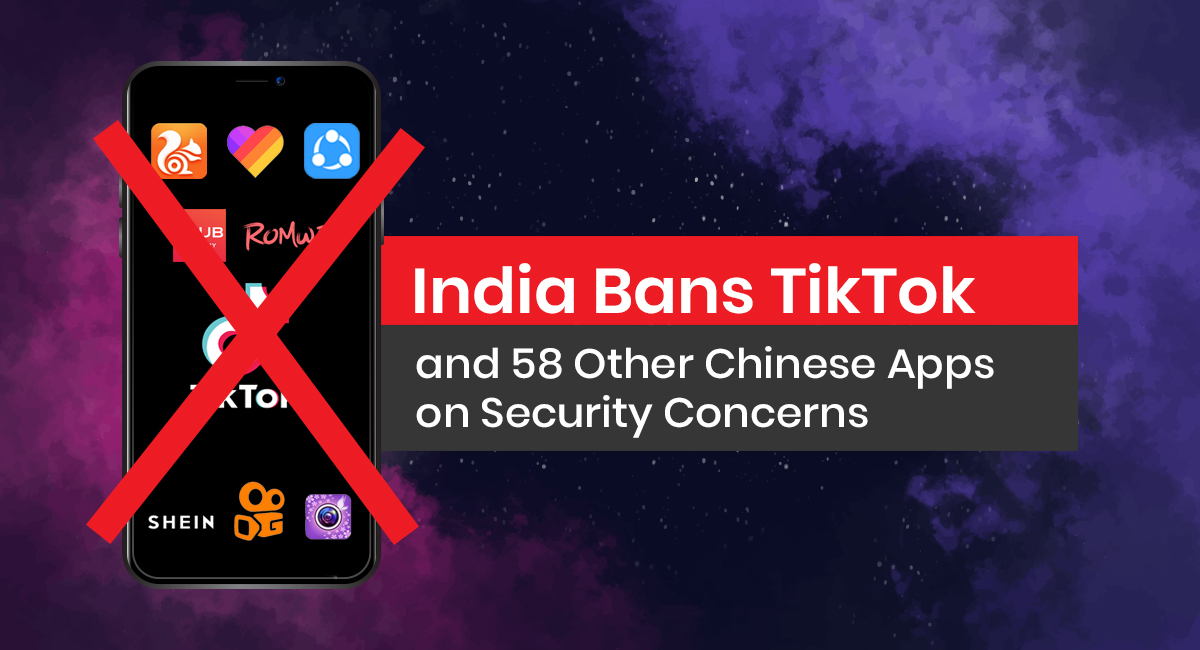 The Government of India gave a surprise to its citizens by banning all the major Chinese apps on 29th June 2020. Though, the decision was much awaited due to the tiff between China and India over various other political and military reasons. However, the Chinese apps that are currently banned were threatening the nation’s integrity and sovereignty. While most of the people are happy with the decision as it in a way, shuts down China’s entry in the country, there are many who are not happy with the decision as their favorite apps like TikTok, Romwe, CamScanner and many more will not be in use.

According to India’s government, 59 apps that are banned in the nation were violating the country’s security. The ban has been imposed under Section 69A of the Information Technology Act. This decision will surely safeguard the interest of many Indian internets and mobile users.  Read more about how the ban would execute in the country and the benefits of the same in the coming years.

Legal Basis of Chinese Apps Ban in the Country

The ban of the 59 Chinese apps has been enforced under Section 69A of the Information Technology Act, 2009 that permits ”Power to issue directions for blocking for public access of any information through any of the computer resource”. The action has been taken in order to save the sovereignty and integrity of the nation, defense of the State, and security of the State. Also, there have been several complaints against these malicious apps that they were stealing data of the user, which was then transferred to the servers that are located outside the country. The Indian Cyber Crime Coordination Centre also lauded the action.

Factors That Led to this Significant Move

Chinese Apps that are Banned in the Country

Impact of the Ban in India

Some of the Chinese apps that are banned in the country are quite popular and had huge followers, amongst which TikTok tops the list. It had more than 100 million active users in India. In addition to this, social media platforms such as Likee, Helo, and video chat apps like Bigo Live are famous among people who find it hard to communicate in English. With the ban on the apps, the users of these apps would have to look for their substitutes. Moreover, most of these platforms have many Indian creators from most of them; the apps were the only source of bread and butter. Chinese apps that have been banned also have their offices in India, and after the action, many jobs would be on the stake.

Is the Ban Permanent?

Chinese app like TikTok was under the radar in the year 2019. It was banned by the Madras High Court in April 2019. The decision was made as the app was found to promote pornographic content. However, the ban was lifted after three months. However, this time the ban will not be vacated. In fact, the Government of India will implement sweeping strategies that will not impact the ban. In a way, the ban could be a warning to the leading Chinese Businesses in the country and China as well.

Why are These Apps Still Visible?

Though the government has banned 59 Chinese apps, however, many of them are still visible on Google Play Store and Apple’s App Store. This is because both platforms have a process of removing the app. They have third party IPs. Because of this, users can still use banned apps, especially those which do not require an active internet connection. But now, users would not be able to download these apps.

Apps that Can be Substitute of TikTok and other Chinese Apps

Both Apple store and Google play have removed one of the famous apps that are Tiktok and soon many more will be removed. These apps have a huge user base. However, after the banned, the app can be replaced with other apps that are listed below:

Alternate Apps for We Chat and We Meet

The Government of India has taken a huge step by banning more than 50 Chinese apps, including TikTok and E-commerce websites like Club Factory, Shein and Romwe. Though TikTok was banned in the year 2019 as well, however, the ban was only for three months. However, this time the government would be taking strict actions to implement the ban. One of the prime reasons for the ban is that the apps were harming the integrity and sovereignty of the