Should we hedge or war over 2020 India- China skirmishes?

All Posts / General / Should we hedge or war over 2020 India- China skirmishes? 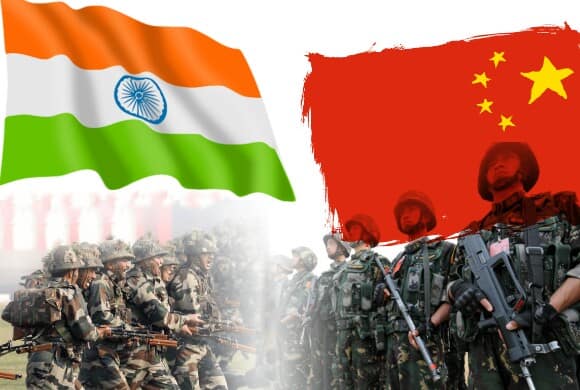 Quoted by Benjamin Franklin years ago, “Love thy neighbor, yet don’t pull down your hedge” fits aptly in today’s socio-political scenario. There is no doubt that one should love their neighbors. However, when it comes to national borders, the compulsion of maintaining friendly relations increases. We do not have a choice because of the geographical constraint. This geographical relation is mandatory and permanent, as we can not change geography. Therefore it is better to have a cordial and amicable relationship with China because it happens to be our immediate and permanent neighbor.

The republic of China is a giant and developed economy. They have always fought wars not to win but to acquire the lands or to accomplish their motives. China is emerging to be a technologically advanced nation, and amidst the chaos of COVID-19, it has recovered pretty fast. Some tabloids and nations are fuming with the smell of some underlying conspiracy. There have been reports surfacing it was a deliberate attempt to weaken the economy of other countries and the start of World War III.

Ever since the outbreak of the Coronavirus made headlines and the nations are still trying to emerge from the Socio-economic loses, China has invaded the territories of India to acquire a piece of land. Ladakh is a very controversial piece of land as it falls in the Jammu and Kashmir region.

Hedging is very crucial at this stage. Without hedging, even China won’t appreciate us. No nation would applaud a namby-pamby neighboring country. As they say, it is fun to fight with the strong. India has always been looked upon as a soft target for a very- very long time. This has given opportunities to other giants for invading us and making us weaker. Under the leadership of Congress as well as BJP, we have been able to tackle this scenario. Every political party has its own set of rules, but the agenda has always been to establish our nation on the globe as a persuasive social-economical and political authority.

The New India of 2020 is stronger both economically and politically. Due to the pandemic, the entire nation came forward as one entity, and secularism was at its peak. ‘All for one and one for all’ is the new motto. Make In India movement by respectable Prime Minister – Narendra Modi has shown we can uplift the suffering economy easily. Hedging is good, but are we ready for a war?

Can Collaboration be a solution to 2020 India- China skirmishes?

The entire nation is talking about boycotting Chinese products and buy Indian products. There have been apps surfacing in the market which offer to uninstall any kind of Chinese app available on your phone or devices. But is boycotting a permanent solution to it? Well, Chinese forces are emerging to be technologically advanced and have been practicing in very tough scenarios. Our forefathers have experienced how a war scenario looks like and will never support going into another phase like that. Many prominent scholars already predicted that viruses could fight World War 3.

Perhaps, this 2020 India- China skirmishes is a mild scrummage considering these socio-economic and geopolitical compulsions. Instead of rolling the triumphs for war, we should instead collaborate with China. Our soldiers are courageous. They have great endurance. They have high resilience. They are great leaders, and they are great fighters. We don’t want to cast aspersions on the capacity of our military forces as well as the Chinese troops. We are the third-largest army.

However, war is not the answer to the 2020 India- China skirmishes:

The answer to this question is the solution. And the solution must be developed by higher authorities by diplomats and the government. They need to sit together and brainstorm, pontificate, and perhaps contemplate for a week or so, and eventually, We sure after a brief brainstorming wherein representatives of China and representatives of India should have a conversation on the matter. They must understand What is the issue and make a compromise. Instead, they must strike a deal. A deal that is a win-win situation wherein both the countries are happy. One must understand India and China are economic-political superpowers. However, our dependence on China in terms of business is humongous and gargantuan. We just cannot snap ties with China. If we snap relations with China, our economy will go down the drain. We will move into a rabbit hole. It is in the interest of everybody to not make a war.

Should consultation happen over 2020, China–India skirmishes?

And when we say everybody we mean China, as well as India, not to have a conflict but to collaborate. However, we don’t mean to say that consultation is necessarily agreement. Consultation may or may not be an agreement. Nonetheless, consultation must happen; deliberation, consolidation, brainstorming must happen because everything on earth can be solved through interaction and dialogue. There should be a dialogue, and all these problems will be resolved. We know the issue is complex and but one must also understand China’s position. China is being criticized left-right and center, lock-stock and barrel, hook line, and sinker the full monty from across the globe. You know when you want to win a permanent friend, help him in hardship. If we can help China in this hardship, we will win their hearts. If we win their hearts, we will be able to create a robust covalent bonding with China and an unbreakable bonding with China, which will be ready to serve our more considerable interest, which is to become an economic superpower by 2020- 29.

We could ensure; therefore, this is not the time for dispute and conflict, and China should not be our enemy. We have been defeated by China earlier, and that defeat was merely symbolic because nothing had happened besides occupying specific territory. Nothing much damage was not inflicted upon us. There were not very high casualties, moreover, to neutralize our immediate recalcitrant. The concern is a very adventurous neighbor who is Pakistan. We have no choice but to collaborate with China if we can work with China. Pakistan will remain reticent, and it will not indulge in any misadventure. Therefore the logical sequence of things endorses that India should collaborate.

Is 2020 India- China skirmish important than our soldiers?

Nonetheless, we would prefer soldiers returning with a flag in hand and not wrapped in it. We take pride in the Indian military because, in the end, our military is the finest in terms of discipline and the kind of organizational ability. The type of planning ability, the blind initiated leadership they have, is commendable.

This is an excellent competency and capacity. Our military is the best organization in India. This human capital should be used for a better purpose deployed elsewhere. Of course, the defense is a priority. But then there are other priorities also like poverty alleviation, healthcare, infrastructure development like job creation. There are so many issues that need an immediate address. So we seriously need to focus on such points. Therefore we should act judiciously, meticulously with prudence, and positivity.

Instead of making war, we must understand that the economy needs a more severe address over various issues. The world is fighting to maintain its health care system and to keep its nationals safe and secure. A little battle over the territorial borders cannot take away our big vision. It is of a great concern that such things happened when the Prime Minister announces a Made in India Movement and boycott China products is trending.

Instead of focusing on words, we must focus on uplifting our nation. There have been casualties over the borders, and we strongly condemn the death of our commanders and units. It was courageous of them to fight without their arms and ammunition. Instead of promoting war, we must encourage a fruitful conversation between the Nations.

Indian soldiers have been brave enough to protect. We are the line of actual control without being prepared for the war. Hence, we all must come together and request our government and other officials not to promote war and try to make amends with the possible future friend. China and India together can become a superpower that can lead to the entire globe. Perhaps, It is high time to think of the soldiers instead of our prejudice.