List of Patriotic Songs in Hindi for True Indians 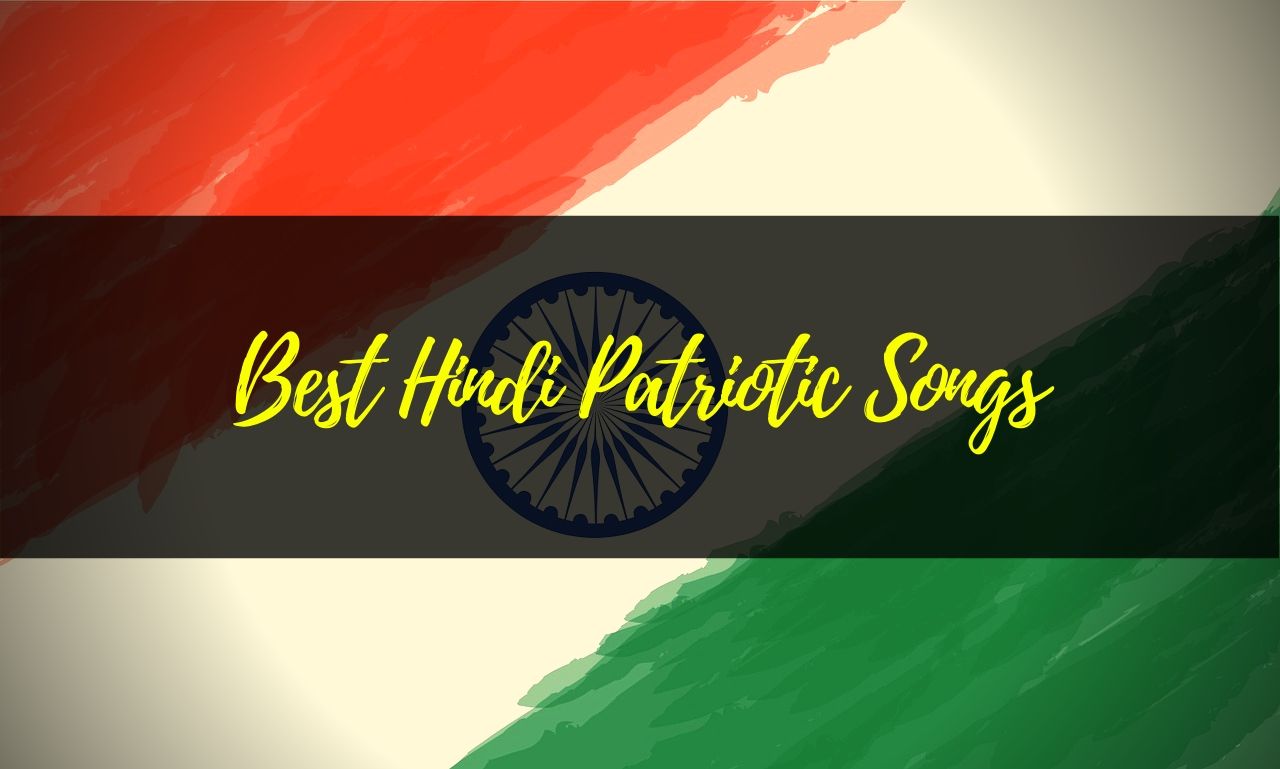 Patriotism does not only mean waving the national flag on special days like Independence Day and Republic day. It is an unmatched sentiment that reflects how grateful we are to the country. Thanks to the Bollywood that we have an array of Famous Patriotic Songs in Hindi that have kept us rooted and remind us of the struggles that freedom fighters and soldiers have gone through. Let’s take a moment and salute to all the people and families who made no stone unturned to build a free country.

This cult classic was sung by the legendary singer Lata Mangeshkar. The lyrics of the song were penned by the Kavi Pradeep and were composed by C. Ramchandra. This song was originally sung in the year 1963 to tribute the Indian soldiers who succumbed to death during the Sino-Indian War. It’s been decades, but the song still has the power to move every real Indian.

This is one of the golden songs that is a tribute to our country. Gulshan Kumar Mehta wrote the lyrics of this song, and Kalyanji-Anandji gave composition and voice. The song is picturized on Manoj Kumar who earn the name of Mr. Bharat after the release of this song. This is undoubtedly one of the best Hindi patriotic songs in India.

This is one of the iconic Desh bhakti songs that have over the year received a huge fan base. This song will surely give you goose bumps whenever you hear it.

This song will evoke national pride. Picturized on Shah Rukh Khan, this song is no less than any other patriotic songs. Whether you live in the India or not, this song will keep you connected with the country.

This is one of the best patriotic songs in Hindi. This beautiful song holds 2 two Guinness World Records for being performed in the number of languages.

This song is the fresh take on the patriotic feelings that every true Indian holds. Like the song, the movie Raazi is one of the best patriotic films of the country that had Aliya Bhatt and Vickey Kaushal in the lead.

The song is from Bollywood movie The Legends of Bhagat Singh and is a tribute to the freedom fighter Bhagat Singh. The movie and song won many accolades and is amongst the desh bhakti songs that are played on special days like Independence days and Republic day.

Who can forget this mesmerizing song? The song takes us back to the childhood days when we used to prepare for the Independence Day event in the school. Doesn’t it?

This heart touching song beautifully describes the pain of every Indian soldier, and this was the reason why the song received a huge success. Soon after its release, this Hindi patriotic song became the nation’s anthem

This melodious track won many hearts and continues to win. It is one of those songs that make us release how fortunate we are to be Indians.

This is one of the unconventional patriotic songs in Hindi that is a tribute to the mother country itself. And, yes, we love India…. Don’t we?

The song has completed more than a century. However, it remains fresh and delightful to hear. We are fortunate enough to share the country with the people who have represented the country on the international level and have won many medals.

Sung by the legendary artist, A.R. Rahman, this song is quite different from other patriotic songs. It has a thunderous and catchy tone, which makes people hum this song.

Although the song is more than two decades old; however, it is still one of the best patriotic melodies of Bollywood movies. This song has surely inspired every countryman.

How much old this song might get, but it will never lose its importance. We all have hummed this Hindi patriotic song. It derives the feeling of nationalism.

This patriotic song is playful and uplifts the mood instantly. And not to forget the song has an energetic tone of Daler Mehndi. Like the song, the movie is one of the best patriotic Hindi films, like always Mr. Perfectionist has done a great job in the movie.

Every word of this song is so true, especially for the freedom fighters and soldiers who have given their lives for the wellbeing of the country. From lyrics to music, this song has every element that will move you.

Chale Chalo is a perfect song to motivate you and up your enthusiasm to fight with challenges and do your best. This Hindi patriotic song is a retreat for ears.

This quirky song will leave mesmerized whenever you listen to this song. The song has been shot in the picturesque locations of Punjab, and each word of the lyrics praises the beauty of the city.

Though Salman Khan starrer Dus never saw the light of the release, however, the song instantly topped the chartbusters and is counted as the best patriotic songs in Hindi of all times.

Hindi patriotic songs are high on zeal and enthusiasm. Over the years, they have inspired us and have made us release the importance of being the true countryman.