Prateek Kuhad Songs & Lyrics for Every Mood and Emotion 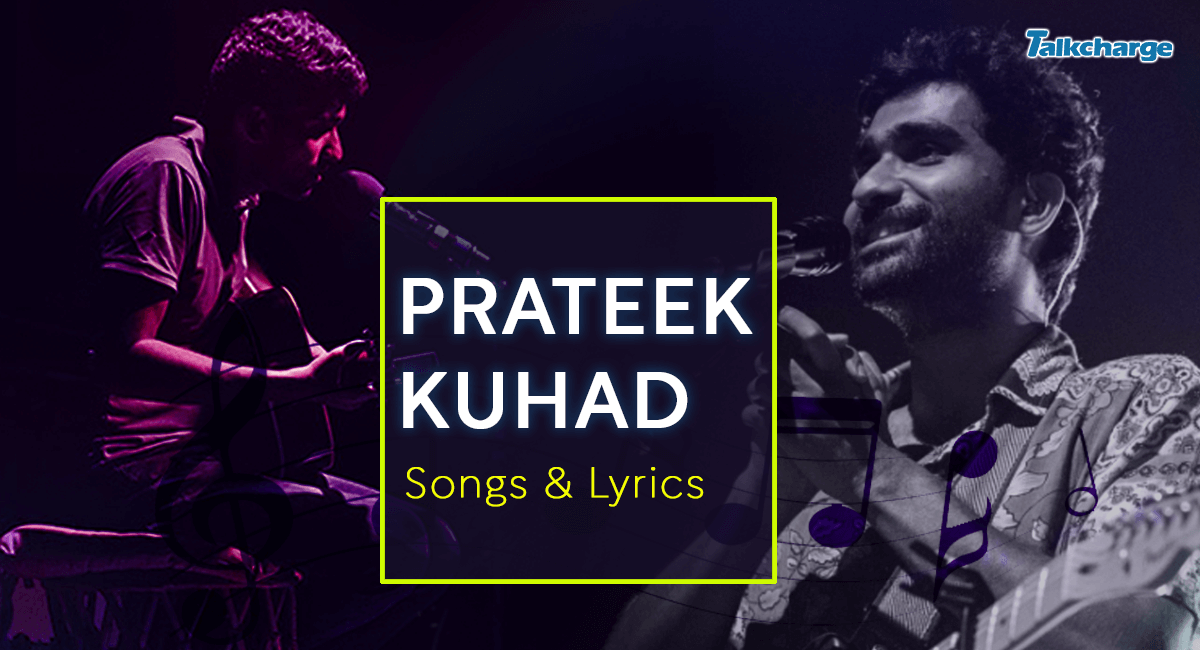 The Delhi-based songwriter Prateek Kuhad has become a sensation in the music industry. Known for his unconventional music, the singer has a few commercial songs like ‘’Saansein’’ and ‘’Kho Gaye Hum Kahan’’ to his credit. The musician is well-versed in English and Hindi and has many songs in both the languages.

What makes him different from other singers is his signature blue-sy voice reflecting honesty and versatility with soothing vocals and guitar work. He has carved a niche for himself in the independent Indie folk-pop industry and many other foreign countries too.

Not many know that Kuhad has done double majors in Maths and Economics, which he left to fulfil his passion for singing. In 2016, the Indian singer won ‘Best India Act‘ at MTV’s Europe Music Awards and the ‘Best Pop Artist‘ at the ‘Radio City Freedom Awards’ in 2019. Here we have capsulated 11 Prateek Kuhad songs that are perfect for every mood and emotion. Do add these songs to your playlist, and I personally assure you they will come in handy in various circumstances.

There would be hardly anyone who hasn’t heard this beautiful Kuhad’s song. Unlike his several other songs this is quite famous and has a mainstream appeal. It is one of the rarest music videos that capture every relationship’s emotional ups and down in a very effortless manner. The music video features Jim Sarbh and Zoya Hussain. Do add this as one of the best English songs in your playlist. Soon it was released, the song went on to top iTunes India all-genre album chart. Interesting Fact:  This song is also part of the former president of the US- Mr Barack Obama’s 2019 playlist. Hope you got a hint of how popular & loved ‘Cold Mess’ is!

This is yet another from the list of best Prateek Kuhad songs. The single topped the chartbusters in the same year of its release. This, too, is epitome of Prateek’s most opted genre, Love. The song is dedicated to all the lovers who find solace in memories, dreams and thoughts that connect them with their loved ones. The line ‘’Kya kasoor hai Mera’’ well justifies it. The background score of the music is peppy and would bring a big smile to your face. What makes this song unique apart from its lycrics is it videos that feature all his fans. Isn’t it a huge initiative for an artist like him to stay connected with his fans?

This song is my personal favourite. For the first time when I heard this song, I was intrigued by it. That’s the power of this song. The song is part of Sidharth Malhotra and Katrina Kaif-starrer Baar Baar Dekho. It is composed by Jasleen Royal and Prateek Kuhad. He has also penned the lyrics of the song. The music of this song is whimsical, soft and guitar based. It has very minimal use of the instrument, yet it so soothing!

This melodious song is a part of the music app- Saavn’s Artist Originals series. According to Kuhad, the song features an adorable love story that matures from teenage to adulthood. It is about the vulnerabilities and intimacy that one feels while he or she is in love. The video of the song was created by Mumbai production house CATNIP.

‘‘Tune Kaha’’ will remind you of the mesmerising morning when you were unexpectedly cheerful, and everything that was happening around you made sense. As the soulful tune of the guitar progresses, the twinkles at the beginning are followed by percussions which will make you groove. The song has Prateek’s signature voice, the lyrics of ‘’Tune Kaha’’ revolves around life, love and everything that makes one smile. The music video is a sheer delight!

Saansein is a famous song from the movie Karwaan. The road comedy-drama features late actor Irrfan Khan, Dulquer Salmaan and Mithila Palkar. This Hindi movie is Available on Amazon Prime. The song captures flirtations, surprises, and some old memories of the film’s main characters, who are on an emotional journey. Prateek Kuhad Hindi song ‘’Saansein’’ can be defined as the perfect lyrical beauty for listening on long drives during monsoon.

‘’Yeh Pal’’ from Raat Raazi EP is one of the iconic songs of Prateek Kuhad. It is all about the heaviness one feels when he first slips into love. The slow undulating tune of the song is a treat for the ears. Kuhad has amplified it in his blue-sy voice that intact the charm of the song.

The lyrics of this pop song are penned by Ankur Tewari and are sung by Ankur Tewari and Prateek Kuhad. Through ‘’Dil Beparwah’’, the duo shares a message that one should follow their heart and believe in one passion no matter what others think. The song would definitely liberate you from your inhibitions! ‘’Dil Beparwah’’ is a part of The Dewarists, Season 5 (a musical television series, aired on MTV India)

Raat Raazi is Kuhad’s critically acclaimed song. It features complex guitar work with minimal and folk arrangements of pop rock melodies. This song effortlessly defines the complexities of life. Through ‘Raat Raazi’, Prateek recreates vulnerabilities and warmth that are signature of his music.

This is yet another song from the movie Karwaan. The song begins with a short guitar riff that would charm you throughout the song. The lyrical video of the song is indeed magic. Do hear it if you have not listened to it yet!

The list of Prateek Kuhad songs is incomplete without ‘‘100 Words’’. The songwriter has again poured magic with the song’s lyrics, and his calm voice is so pleasing for ears. The acoustic version of the song was initially released in 2015. But he launched the official version of the same in 2018 in his album Cold/Mess.

India’s singing sensation Prateek Kuhad has sung several songs, amongst which here we have curated best 11 songs that we personally adore. He delivers a niche palate to his audience as he is well versed with two languages- something that rare artists can do. His soulful voice will pump you up and calm your mind! Enjoy his songs, and do let us know which is your favourite Prateek Kuhad song?