Castor Oil for Beard: Get a Better & Faster Growth

All Posts / Health & Beauty / Castor Oil for Beard: Get a Better & Faster Growth 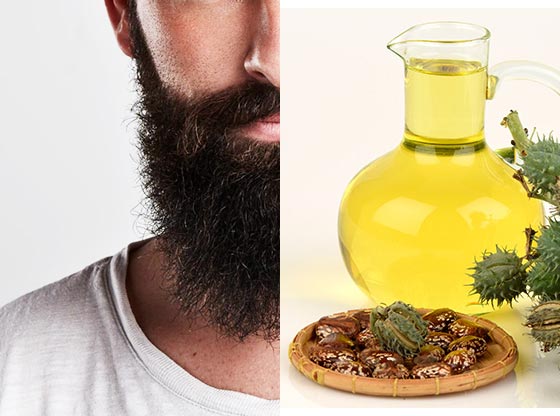 Beard is viewed as an insignia of manliness and men are passionate about growing and maintaining their beard. Beard also have an impact on your health.

No, it’s not a joke! According to a research done at the University of Southern Queensland, 95% of sun’s UV rays are blocked by beards. Not just that, growing beard can help men increase their self-confidence. Another survey conducted by Braun shows that most men in New York City who have beard or moustaches feel more attractive. It is also believed that sex appeal of guys with beard just hits the roof.

A Beard is a gift you give your face

Thus, is it very important to take good care of your beard and, none can ignore the benefits of castor oil for beard growth. Castor oil is source of mono saturated fatty acids. It penetrates into the hair follicles and provides your hair with all the essential nutrients, making your beard long & thick.

Who all should use Castor Oil for Beard?

If you are looking for a solution for any of these problems, Castor oil is the magic word for you.

Before we take you ahead and let you know the benefits of Castor oil, first let us know what is Castor oil.

It is a pale yellow oil extracted from (Ricinus Communis) or Castor seeds. It has anti-inflammatory properties & is rich in anti-oxidants and thus is used for several therapeutic purposes as well. Castor oil also strengthens our immune system. In addition to being used for hair care, Castor oil is also a great remedy for Parkinson’s Disease, Migraines, Menstrual disorder, Constipation, Sun burn, Arthritis, Cerebral Palsy, Acne & more.

Now, that we know what is Castor oil, let’s move a step ahead and take you through some of the benefits of using castor oil for beard:

How is Castor Oil Useful?

Amazed, aren’t you? Castor oil if used properly and in combination with sweet almond oil, jojoba oil, coconut oil can give amazing results to you.

Which Oil to Use?

Make sure you go in for 100% organic, hexane-free Castor oil on your beard.

Facts to Keep in Mind while Using Castor Oil

Steps to Use Castor Oil

Thus, we see that Castor oil is most suitable for promoting hair growth and thickening your beard. If used properly, Castor oil repairs your skin cells, stimulate your cuticles, and thereby promote beard growth. So, all you machos out there, try out Castor oil and make heads turn towards you with that classy beard.