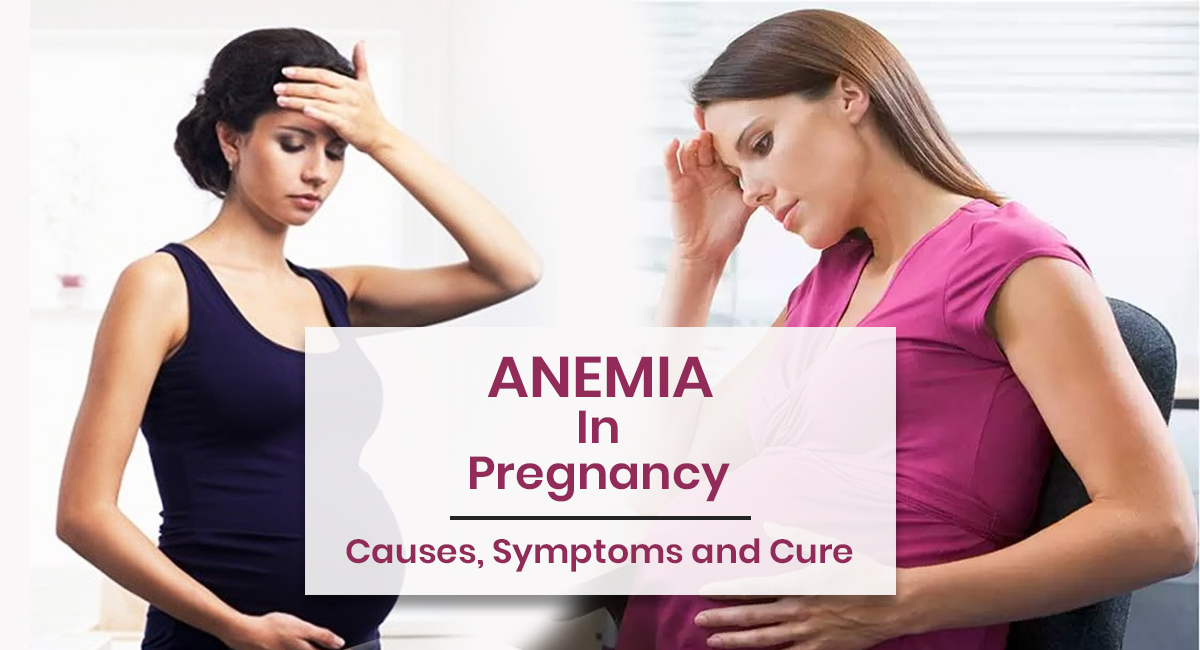 Anemia is one of the common health problems in women, especially during pregnancy. It is because, during the pregnancy, the body produces more blood to support the growth of the fetus. However, if the body does not get enough of the nutrients, it is not be able to produce sufficient RBC that carries oxygen to the tissue throughout the body. Read more to know about anemia in pregnancy; it causes, symptoms, and treatment.

Types and Causes of Anaemia in Pregnancy:

During pregnancy, three types of anemia can develop, which are the following:

1. Iron-deficiency Anaemia – On of the leading cause of anemia during pregnancy is because of iron deficiency, and thus, Iron deficiency anemia is one of the common anemia. During the iron deficiency, the body does not have enough iron to produce a sufficient amount of hemoglobin. Hemoglobin is the protein found in the red blood cells, which carries oxygen from the lungs to the rest of the day.

2. Folate- Deficiency Anaemia – A folate is a form of Vitamin that is found in many foods like Green leafy vegetables and others. The body needs this nutrient for the production of new cells and red blood cells. An expecting woman needs extra folate, which is not enough from the diet. When they do not get enough of the folate, it results in the deficiency, and the body stops producing RBC to transport oxygen to the tissues in the body. The only solution to this deficiency is the intake of the folic acid supplement. Folate deficiency can lead to congenital disabilities in the baby.

3. Vitamin B12 Deficiency – Vitamin B12 helps in the formation of red blood cells. When the body does not get enough of Vitamin B12, it fails to produce enough of RBC. Women who do not consume poultry, meat, dairy products, and eggs are at a higher risk of Vitamin B12 deficiency. The deficiency of Vitamin 12 could lead to preterm labor and neural tube abnormalities.

Who is at the Higher Risk of Anaemia in Pregnancy?

Every pregnant woman who has a deficiency of iron, folate, and Vitamin 12 is on the verge of getting anemia. However, the following women are a higher risk of anemia in pregnancy.

Symptoms of Anaemia in Pregnancy:

Risk of Anaemia in Pregnancy:

Untreated deficiency of anemia or severe anemia can lead to the following risks.

Tips to Prevent Anaemia During Pregnancy:

The only solution to treat or prevent anemia during pregnancy is the optimum intake of all the nutrients that include iron, folate, and Vitamin B 12. Expecting women must consult her doctor before consuming multivitamins and any supplements. Here are some tips to prevent Anaemia in pregnancy:

Foods to Treat Anaemia in pregnancy:

Test for Anaemia in Pregnancy:

During the first prenatal appointment, your doctor will conduct a blood test to check whether you are anemic or not. Blood tests include:

In case you have normal levels of any of the following, it means you might be suffering from iron deficiency anemia. If that’s the case, your doctor will go for other blood tests to determine the iron deficiency. However, if you do not have anemia during the first trimester, your doctor would suggest you get another blood test to check the anemia.

Anemia is one of the common health problems that is faced by pregnant women. It could be due to lack of iron, folate, Vitamin B12, and Vitamin C.

1. How does anemia affect pregnancy?

Anemia during pregnancy can cause a baby’s low birth weight, premature birth, and maternity mortality.

2. How can I prevent anemia during pregnancy?

Consume foods that are rich in iron, folate, Vitamin C, and Vitamin to prevent anemia during pregnancy.

3. Does Anemia go away after pregnancy?

Yes, if you consume enough of Vitamins, iron, and folic acid, your anemia might go away after pregnancy.

4. What is considered severe anemia in pregnancy?

Hemoglobin less than 7.0g/dl is considered to be severe anemia in pregnancy.