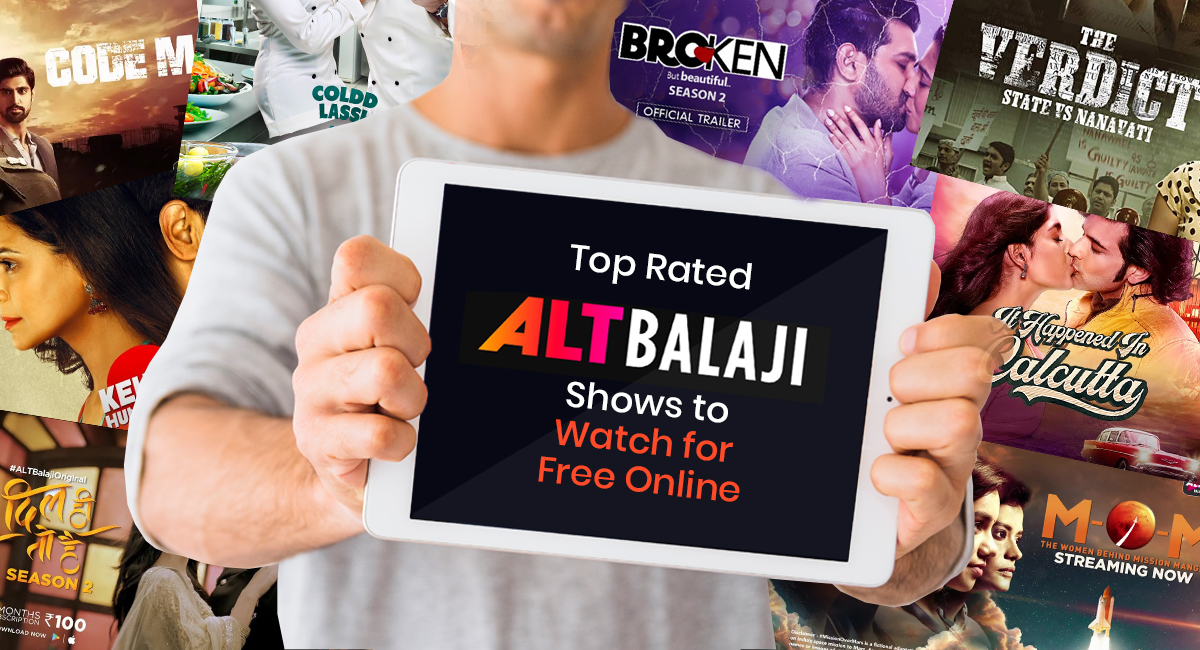 The series revolves around Monica Mehra (Jennifer Winget), who happens to be an Indian Lawyer. In one of her military encounters, Monica discovers a conspiracy plot. As the case unfolds, she comes across with many realities that later become the cause of tension in the Entire Indian Army. Code M is the perfect blend of the excellent cast and a good premise, which makes it one of the top-rated ALTBalaji Shows. With so many shows on men in the uniform, it would be refreshing for you to see women lead the way. Do watch the series to know what Monica does to reveal the truth.

Broken and Beautiful is a romantic story of Veer and Sameera. Both the protagonists lost their respective partners, and destiny brings them together. The first season of the show was released in the year 2018, and its second season was launched in the following year, which also received positive feedback from the audience.

Hum Tum and Them are the story of single parents, Shiva and Yudi. Eventually, both fall in love. However, their respective kids are not able to accept their new new partners. With time Shiva and Yudi find it hard to maintain their relationships. Watch the series to know whether both unite or not.

Genre – Based on True Story

The series is based on real events; Mission Over Mars is an inspirational story of four Indian women who played a crucial in the Mars Orbiter Mission. Each woman has had her share of struggles in the professional and personal life, but each one of them fights back and completes the mission with flying colors.

The romantic series centres on Ronit Bose Roy, Mona Singh, and Gurdeep Kohli. Rohit is a married man with kids. After decades of his marriage, Ronit falls in love with another woman and thus decides to divorce his first wife. In the following seasons too these story revolves around the three, the third season of the show is recently released on the platform. With three seasons, it is one of the best Alt Balaji shows that one can watch for free.

You may also like: Best Hindi Shows on Netflix India

The series focuses on the family- the Noons, who are known for their values, legacy, and traditions. Rithwik is the eldest son of the family who does not believe in love and finds every woman a gold digger because of his troubled childhood. He meets with Palak, and soon both fall in love. It would be interesting to see whether they both spend the rest of their lives together or not. All these seasons of the show received positive reviews and are one of the top-rated ALTBalaji Shows.

7. It Happened in Calcutta

It Happened in Calcutta is based in the 60s and 70s era, when two teenagers fall for each other; however, over time, they part with each other. After years they meet during the tragedy when the entire Calcutta is fighting with serious health problems. What do you think, what would be the end of the show? Tune in to ALTBalaji to watch the story of Kusum and Ronobir

8. The Verdict – State Vs. Nanavati

The Indian Naval Commander, Nanavati, comes back and finds out his wife as an affair. The series is an intriguing tale of murder, jealousy, political drama, mystery, and the Indian judiciary. Do watch the show to know what happens next.

The story of the series revolves around two hotel management students who fall in love but soon part ways from each other. Years after, they both become Chefs and meet each other. To find out will the love blossom again between both or not watch the series.

Jayveer Malik- a Delhi based on a suspended ATS officer who comes to Mumbai and joins hands with Mumbai Mafia. In the course of times, he finds that he has been trapped. Soon he plans to take revenge and changes the entire game. To know what Jayveer Malik is up to and how fixes everything watch-Fixerr, one of the top-rated Alt Balaji shows.

Alt Balaji is one of the leading digital platforms in India, where viewers can watch a plethora of shows and movies. Some of them are perfect to binge on for free. Tune in to ALTBalaji and watch the above listed top-rated shows.

Where can I watch top-rated ALTBalaji shows online for free?

You can download the app and watch some of the shows for free. You can even take the monthly subscription and watch series as soon as they are released.

How can I watch ALTBalaji shows without a subscription?