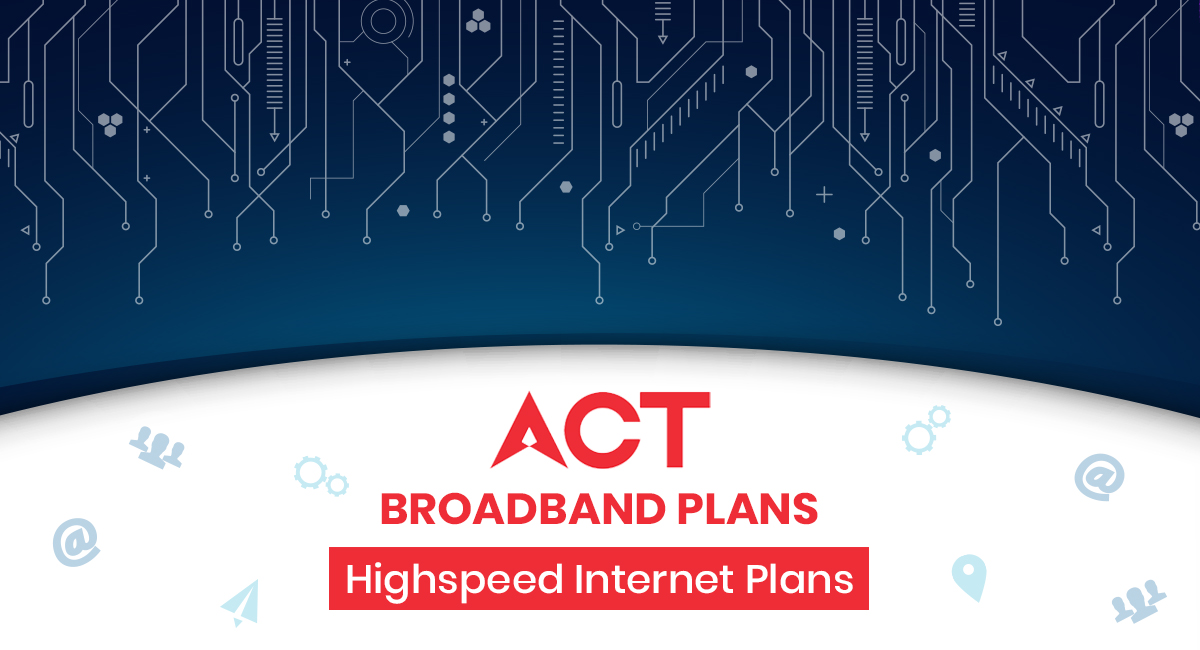 ACT or Atria Convergence Technologies Ltd. is a Bangalore based internet service provider. It gives broadband services through optic fiber in various states. The Fiber-To-The-Home (FTTH) technology is efficient in carrying numerous data through optic fiber. ACT claims to be the most admired wired broadband internet service provider.   It has a vast range of plans and offers for its subscriber. In this blog, we will explore ACT broadband plans which are offered in significant cities of the country.

As the headquarter of ACT is in Bangalore, the optic fiber network was first set there. Here is the range of broadband plans offered by ACT in Bangalore. The package also provides free installation, a free router, Netflix subscription, and many more.

Chennai’s plans are closer to the plans of Bangalore, and the plan name may also match, but the plan cost differs. If you get the new connection, ACT offers free installation, free router, and exciting benefits.

Another serviceable area in Tamil Nadu is Coimbatore. You can go through the monthly ACT fibernet offers below.

Delhi is well networked with optic fiber serviced by ACT. Browse through the plans and packs customized for the people of Delhi.

The ACT services in Hyderabad as well. Below are the broadband monthly plan details.

Kakinada of Andhra Pradesh is on the way of becoming a smart city, so the initiation of high-speed internet connection by ACT will benefit the subscribers.

Vijayawada is another city with ACT broadband connection. Go through the plan offers below.

Gujarat is another state with ACT broadband connectivity. These packages and plans below will help you decide the suitable plan for you.

Lucknow in UP hosts ACT service of high speed wired internet connection. These packages below will help you decide the best plan for you.

ACT broadband also gives excellent offers to its customers. We have listed city-wise plans, offers, and costs for well-known plans.

If you wish to experience high speed and stable internet connection, then switch to a new-age optic fiber broadband connection.  This is serviceable in some cities, and the users are mostly satisfied with the speed, no buffer, and stable internet usage. In this blog, we have listed the broadband plans and packages offered by ACT. They have prime packages customized for specific cities. You can go through the package name, data speed, and price to decide the suitable package for you. There are offer plans for every city with extra GB and free Netflix subscription. Go through this blog to know everything about the plans and packs of fibernet broadband. You can also see the Jio Fiber Broadband Plans.

2. Which modem is best for ACT Broadband?

You can use D-link or Netgear modem for using ACT Broadband.

3. Is ACT Fibernet good in Delhi?

ACT fibernet is the most reliable wired broadband connect in Delhi. You can browse the customized ACT Delhi plans.

4. Which is better WiFi or Broadband?

Broadband gives a very secure and stable connection, while WiFi can be unstable at times.

5. Is Netflix free with ACT Fibernet?

Yes, ACT is offering a free annual subscription of Netflix in selected plans.