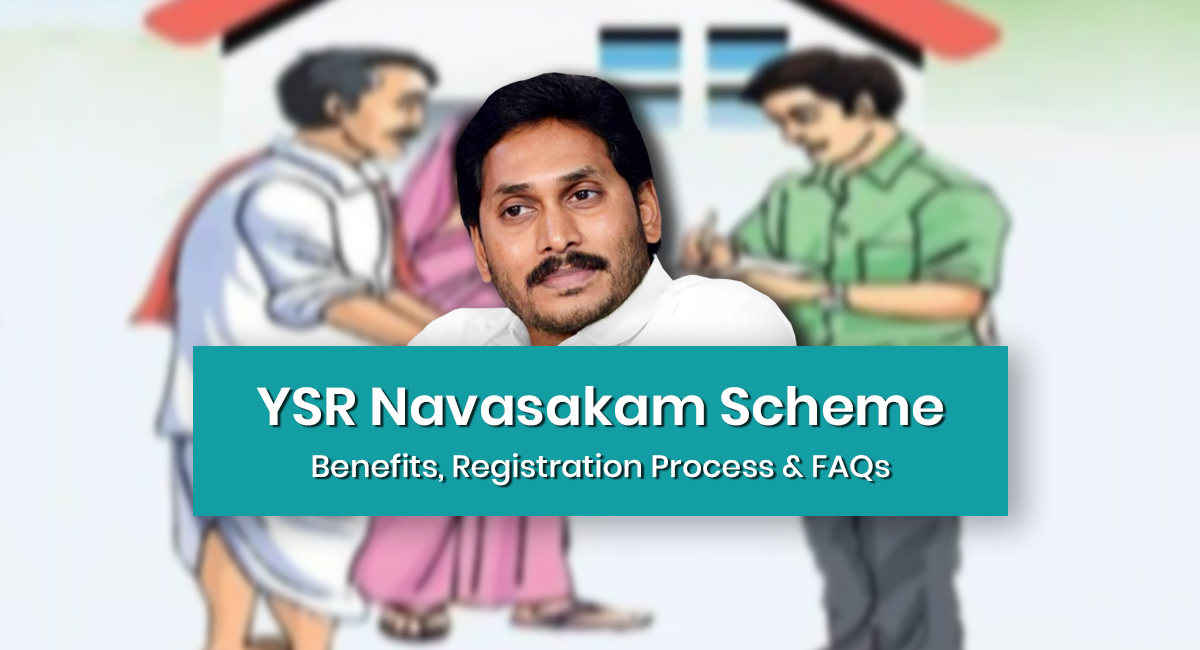 In the last couple of years, the government has introduced many schemes for the welfare of the people. However, due to less awareness, most people have not benefited from the schemes. To overcome this problem, the government of Andhra Pradesh has introduced one of its kind schemes- the YSR Navasakam Scheme. This scheme was introduced in the year 2019 by Chief Minister Jagan Mohan Reddy with the aim to identify beneficiaries for the successful implementations of all the schemes in the state.

The beneficiaries who will be benefited from the YSR Navasakam Scheme would be able to reap the benefits of the other 10 schemes as well. Here is a list of schemes that are covered under the Navasakam Scheme.

1. YSR Amma Vodi – This scheme was launched to provide financial aid to all the mothers that fall under Below Poverty Line. The scheme also assisted mothers to educate their children up to 12th Standard.

2. YSR Rice Card – The government of Andhra Pradesh has issued a new rice card to the beneficiaries. The scheme is beneficial to all the families that earn below Rs.10, 000 per month in the rural areas and below Rs. 12,000 in the urban areas per month. The scheme would also be applicable to people with total holding (wet and dry) less than 10 acres. Also, the monthly electricity consumption of the beneficiary should be 300 units or below. Moreover, no one in the family should be employed as a government servant (sanitary workers are exempted). They should not earn four-wheelers and should not be paying income tax in urban properties. Last, people with no property or less than 750 ft built-up areas would be covered under this scheme.

Under this scheme, the government has decided to provide Vidya Deevena Card for complete fee reimbursement and Vasathi Deevena Card for food and hostel that costs Rs. 20,000/- per annum to all the students that are pursuing courses like Polytechnic, ITI, Degree and above level courses in Aided, Government, and Private Colleges.

Under this scheme, the government of AP will help all the people who earn 5 lakhs or less in the year. And, have land less than 12 acres of wet or 35 acres or 35 acres of dry or a total of 35 acres of both. The beneficiaries should not own property or have property less than 3000 ft built-up areas in urban areas. Also, they should not have a government job.

This scheme was introduced to financially help Kapu women above 45 years of age. They are provided rs. 15,000 per annum to uplift their living standards and livelihood opportunities

This scheme was launched for the family of weavers who have handloom. They would be provided Rs. 24,000 per annum. The scheme aims to help the weavers to upgrade their equipment’s.

This scheme works in favor of people above 60 years of age and whose incomes are less than Rs. 10,000 per month in rural areas and Rs. 12,000/- per month in urban areas and have total landholding less than 3 acres of wetland or 10 acres of dry land or 10 acres of both wet and dry land together. Also, the monthly consumption should be less than 300 units. In addition to this, the person and the family members should not be employed in government jobs. Also, they should not own four-wheelers and have their property or is less than 750/ft built-up area.

According to this scheme, the government of Andhra Pradesh will pay the interest amount for the year of 2019-2020 on the SHG bank loan amount outstanding as on 11/04/2019.

9. Honorarium to Imams, Muazams, Pastors and increase in salaries to Archakas

This scheme was launched to improve the living standards of Pastors, Imams & Muazzins, and Archakas by providing them stipe and increasing salaries, respectively.

Under this scheme, the Andhra Pradesh government assists Rs. 10000/- per annum to help BC community Nayee Brahmins, Rajakas, and Tailors.

Procedure to Identify the Beneficiaries

2. What is Navasakam in AP?

YSR Navasakam scheme has been introduced by the Andhra Pradesh government to identify the beneficiaries of the various schemes.

4. Who are eligible for YSR Navasakam?

The beneficiaries of other schemes would be eligible for the YSR Navasakam scheme.

5. What documents are required to apply for the scheme?

Applicants have to provide copies of their Aadhaar card and Voter ID cards.

6. Can non-residents of Andhra Pradesh fetch the benefits of YSR Navasakam?

No, the scheme is applicable to the residents of Andhra Pradesh.