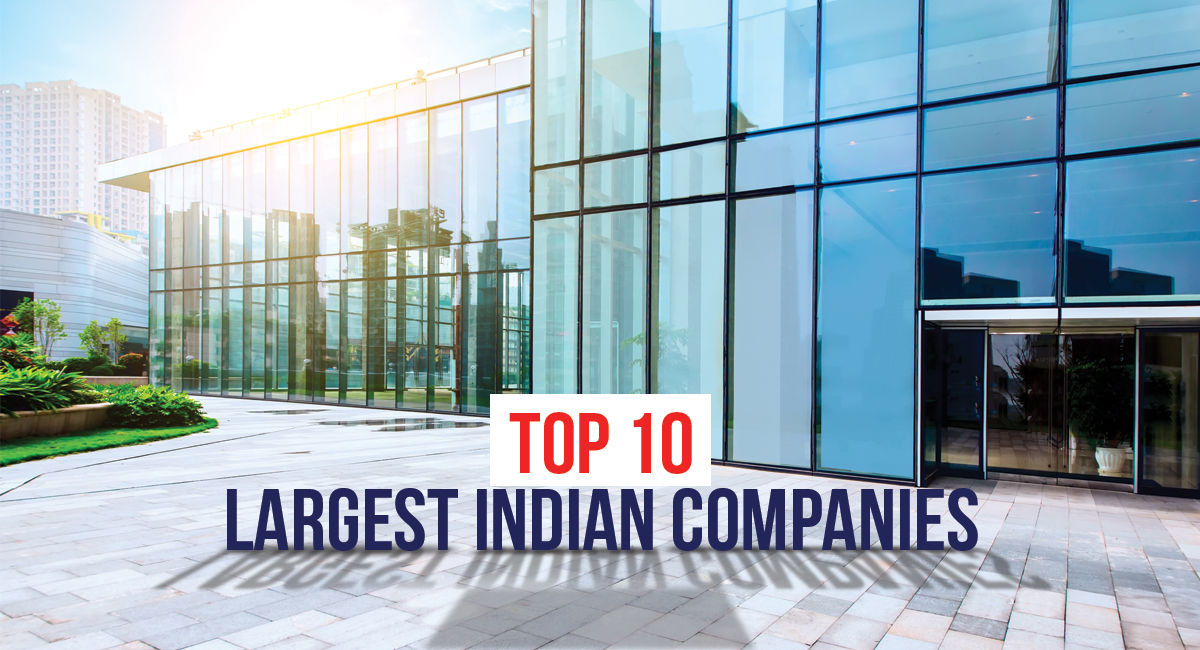 With a flourishing entrepreneurial spirit, India is home to many largest companies that have marked their global presence. From infrastructure to IT, you name it and the country a company for it. Whether you are seeking inspiration or looking for the top 10 Indian companies that made us proud, we have covered you.

Started as Reliance Commercial Corporation, Reliance Industries is a multinational conglomerate and one of the leading companies in India. The company started as a textiles manufacturer in Maharashtra, and in 1990it entered into the telecom and energy sector. After success in both sectors, the company came up with an array of subsidiaries like Hathaway, Jio, and Saavn. Reliance Industries stands ranked 106th on the list of Fortune Global 500. The company is currently chaired by Mukesh Ambani, who is also one of the richest men in Asia.

Chairman of the Company – Mukesh Ambani

Founded in the year 1868, Tata Group is a multinational conglomerate holding company. Owned by Tata Sons, It is one of India’s largest companies. Tata Group is also amongst the biggest industrial groups in India. Tata Group is the proud parent of some leading consumer brands such as Tanishq jewelry, Taj Hotels, Fastrack, Vistara Airlines, Tata Sky, Tetley tea, and Westside. The group was formerly chaired by Ratan Tata. He is the name behind the Tata motors acquisition of Jaguar Land Rover. Tata Motors ranks at 265th number in the list of Fortune Global 500 list.

Chairman of the Company – N Chandrasekaran

State Bank of India is of the largest public sector bank in India. The bank was established in the year 1806 and is one of the country’s oldest banks of the country, It has approximately 24,000 branches in the country, and it offers a vast range of services extended to Non-Resident Indians. SBI ranks at 10th number in the Brand Trust Report of the year. The bank is the recipient of many known awards like The Asian Banker’s “Best Transaction Bank in India” award.

Chairman of the Company – Rajnish Kumar

Next on the list of the largest Indian companies is Godrej Group. The multi-industry giant has a long history. The company was also an active participant in the Swadeshi Movement. The company made a record with first-world free animal fat-free soap, and then the Godrej company helmed into different sectors like home appliances, infrastructure, and furniture. In addition to this, the company has a vast number of consumer products under the same name, including Godrej, Cinthol, Good Knight, Nature’s Basket, and BBLUNT. With the number of consumer products and success in different sectors, the company has made its presence felt in the International market as well.

One of the IT services giant and most significant companies in India, Infosys rank at the 3rd number in the Forbes list of ‘Worlds’ Best Regarded Companies list. The Pune-based company started in the year 1981; it has expanded the business in other countries, including Japan, China, Australia, the United States, the Middle East, and Europe. The company provides software development and maintenance and offers services to companies in finance, insurance, and manufacturing. It also has its AI platform, which is called Infosys Nia.

Chairman of the Company – Nandan Nilekani

The multinational company forays in multiple services that are information technology-oriented, business, and consulting process. Besides this, the company also manufactures soaps like Aramusk, Yardley, and Santoor. The company was launched in 1945 as Western India Palm Refined Oil Limited’’ which is now abbreviated as WIPRO. With the immense hard work of Azim Premji, which is also known to be Czar of the Indian IT industry, it has established itself as amongst the global leaders in the software industry. He is also the second richest man in India.

With its headquarters in Mumbai, Maharashtra, Hindustan Petroleum Corporation Limited has a strong marketing infrastructure. HPCL rank at 367th number in the list of Fortune Global 500. In 2019, the company was given Maharatna status. The company was established in 1974 and since that it has been growing.

Undoubtedly, Mahindra Group is one of the largest Indian companies with global market leadership in tractors. It has made its presence felt in 100 countries across the globe. Mahindra Groups operates in the array of sectors that include components, aerospace, aftermarket, agribusiness, automotive, defense, farm, energy, finance, equipment, leisure, logistics, hospitality, and many more to name. Mahindra group was funded as Steel Trading Company in Punjab before independence. In the year 2011, the company introduced a new corporate brand ”Mahindra Rise”.

Chairperson of the Company – Anand Mahindra

The multinational conglomerate, Adnani Group, has, over the years, marked its presence in various sectors such as logistics, energy, agribusiness, resources, real estate, defense, financial services, and aerospace. Established in the year 1988, the company has expanded into the export and import of multi-basket commodities. The company is the founder of India’s largest edible oil brand-Fortune.

Chairperson of the Company – Gautam Adani

Chairman of the Company – Rahul Bajaj

Post-Independence, India has made its presence in the global market. All the thanks to the leading Indian companies that have made the country proud across the globe with the type of services that have been imparting. In this blog, we have curated the ten largest Indian companies of 2020.