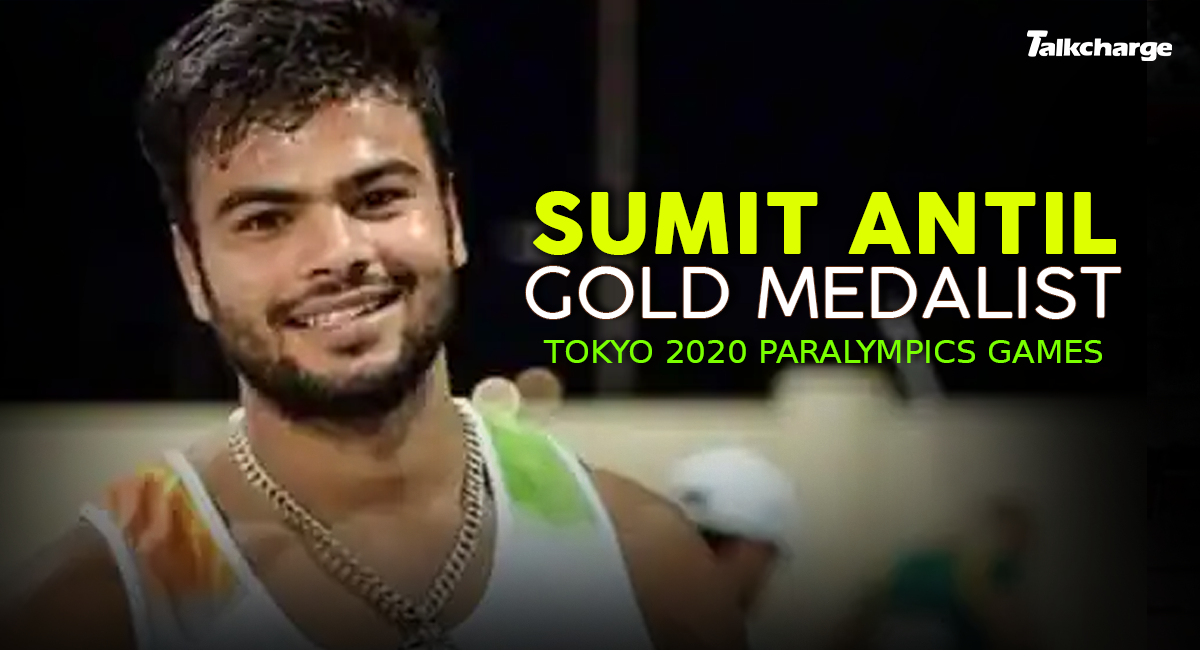 Sumit Antil is the latest sports sensation! He has bagged a gold medal in Tokyo 2020 Paralympics Games in the Javelin Throw category. The 19-year old Paralympic player aspired to become a wrestler like Yogeshwar Dutt. However, he lost his leg in an accident. He was then introduced to Javelin throw. His determination, hard work and sincerity paved his path to the Paralympics, where he created history. Scroll down to know more about Sumit Antil’s age, career and his performance in Tokyo 2020 Paralympics Games.

Following the footsteps of Neeraj Chopra, the gold medallist at Tokyo Olympics 2020, Sumit Antil created the history in Tokyo 2020 Paralympics Games. The Indian para javelin thrower clinched India’s second gold in the Paralympics by shattering men’s F64 category world record, not one time but three times in a row that too in his debut performance.

In finals, he gave seven attempts; in the first two attempts, i.e. 65.27m and 66.71m, he broke previous records that he made in the 2019 World Para Athletics Championships in Dubai. That wasn’t it the athlete saved the best for his last attempts, in which he set the mark of 68.55m, surpassing all his national records, he created a one, like many other Indian Paralympics Medal Winners!

From a very young age, Sumit Wanted to be a wrestler, for which he started practicing as well. Sumit Antil took inspiration from Yogeshwar Dutt, the well-known Indian wrestler and wished to make the country proud like him. However, destiny has other plans for him.

In 2015, then 17 –year-old, met with an accident while riding a motorcycle. A tractor rolled over his left leg (below the knees) and crushed it badly. Soon he was rushed to the hospital, where his leg was amputated. Sumit was dejected as his dreams were crushed with legs, and he lost the opportunity to become a wrestler. But he did not lose hope!

From Wrestler to Javelin Thrower

Saddened by his condition, Sumit still wanted to make a career in sports; on seeing this, one of his para-athlete friends and silver medallist in Shotput of the 2018 Asian Games introduced him to Naval Singh, AFI’s para-athletes’ javelin coach, who suggested him to take Javelin. The 23-year old not only agreed with him; in fact, he left no metal unturned during his training to give his best. He worked hard and participated in numerous international competitions and, in many, emerged a medallist. He is associated with GoSports Foundation through the Para Champions Programme, which has helped them to participate in international tournaments.

Before qualifying for Tokyo 2020 Paralympics Games, Sumit won medals in many global competitions that are listed below:

Sumit Antil made a record in Tokyo 2020 Paralympics Games not once but thrice. With each attempt, he bettered his game and saved his best attempt, i.e. 68.55m, for the gold medal match, which later also became his personal best. The Paralympic player finds Niraj Chopra his inspiration and wishes to bring more pride to the country with his medals.