All Posts / News / Sidharth Shukla Dies due to Heart Attack 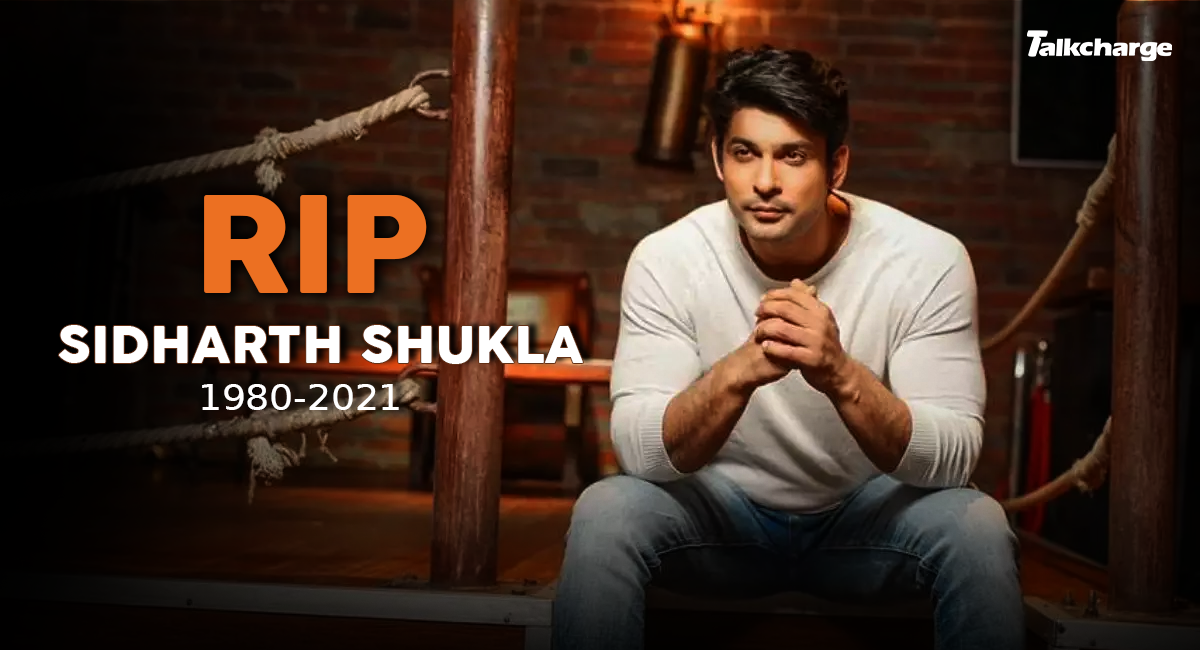 Tellywood sensation Sidharth Shukla breathed his last on Thursday, 2nd September 2021, at his residence, before succumbing to a heart attack. The actor was soon taken to the Dr R. N. Cooper Municipal General Hospital in Mumbai, where the doctors declared ”Brought Dead”.

According to one of the officers, the 40-year-old actor complained of uneasiness in the morning and was soon rushed to the hospital, where he was declared brought dead. The preliminary reports attributed heart attack as Sidharth Shukla death reason. Though, the actor’s post mortem reports are yet to be released. He is survived by his mother, Rita Shukla, and two sisters.

The actor rose to fame by portraying Shivraj Shekhar, Anandi’s second husband, in Color TV’s Balika Vadhu. Post which the actor participated in reality shows like Jhalak Dikhhla Jaa 6 (2013), Fear Factor: Khatron Ke Khiladi 7 (2016) and Bigg Boss 13 (2019-2020). The handsome hunk emerged as the winner of KKK 7 and BB13, after which his fan following increased enormously.

Sidharth was locked in the Bigg Boss house along with Indian model and actress Shehnaaz Kaur Gill and 20 others. Both the actors bonded well in the home and were rumoured to be dating each other. Owing to the couple’s popularity, they are together referred as SidNaaz (Sidharth +Shehnaaz). The couple recently appeared on Bigg Boss OTT and left the audience gushing over while enacting a scene from the movie Kuch Kuch Hota Hai. The show is currently hosted by Karan Johar. They also appeared in another reality show Dance Deewane 3, which has Madhuri Dixit, Tushar Kalia and Dharmesh Yelande as the judges. In 2020 the couple also featured in the music video-Shona Shona, which is sung by Tony Kakkar.

The model turned actor was runner-up in Gladrags Manhunt and Mega model Contest in 2004. Soon after this, he was part of a couple of music videos and television ads. He debuted in the TV industry in 2008 with his serial Babul Ka Aangann Chootey Na, where he essayed the lead role. Shukla then went to be part of several shows like Ajnabbi, Love You Zindagi, CID and Dil Se Dil Tak.

In 2014, Sidharth shared a screen with Varun Dhawan and Alia Bhatt in the Bollywood movie Humpty Sharma Ki Dulhania. The heartthrob was known for his sweet smile, jovial and supportive nature.

Shukla defied acting through the wide range of roles that he picked, whether it is calm, composed family man Shiv in Balika Vadhu, a dotting husband Parth in Dil Se Dil Tak or aggressive lover Agastya Rao, in his web series Broken But Beautiful 3 that realised that streams on ALTBalaji and Zee5.

His death news has left his friends and family in huge shock! His fans, friends from the industry and Big Names from Bollywood have shared their grief on social platforms.

Salman Khan took to his Twitter handle to express his shock over Sidharth’s demise. He wrote, ‘Gone too soon Siddharth.. u shall be missed. Condolences to the family .. RIP.’