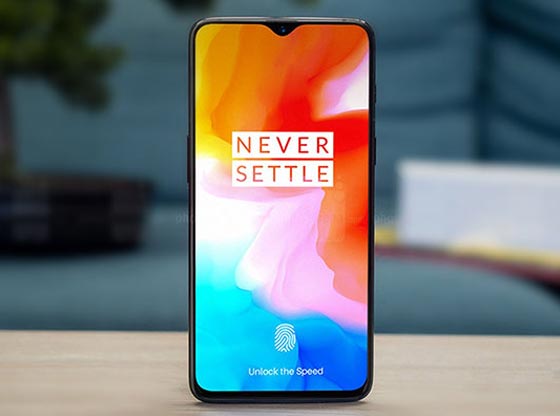 OnePlus is a brand that is well known for its amazingly designed phones with all the latest and unbeatable features in it. I don’t think it would be easy for any smartphone company to launch a successor in a mere difference of six months and still justify it with the newer version. Although, the OnePlus six users weren’t expecting much from the OnePlus 6T considering the launch of the previous version six months back. But, I would say that the launch of OnePlus 6T has surprised all with so many amusing features and specifications. The beast has the fastest in-display fingerprint sensor on any smartphone.

If we talk about OnePlus 6T, then it is not much different from the OnePlus 6 in terms of outer appearance, but the internal upgrades are very much advanced and meaningful. You can experience better performance, storage, battery life, and other factors in Oneplus 6T.

The mobile phone has a premium build that stands for its quality. If we talk about the dimensions of the phone, it is 157.5 x 74.8 x 8.2 mm. It is built with precision to keep the phone handy and easy to grab anytime. The device is of 185 g that is quite lightweight as per its build quality and battery size.

Oneplus brand is known for its better quality mobile screen, and in this piece, also they used Gorilla Glass 6 to keep the screen protected from small bumps.

The Body is framed using Aluminum material and also has a glass back. Also, it is designed to support dual sim (Nano-SIM, dual stand-by).

The Display of the phone has many unique things that every premium phone lover would want. Starting with its unique fast in-display fingerprint that improves your phone security in style.

Everyone has heard of AMOLED screens and the colors it offers, Oneplus 6T comes with Optic AMOLED capacitive touchscreen, 16M colors. Now, this is something amazing that every premium phone doesn’t have.

Even the screen size is 6.41 inches, and that’s seriously big to give a better viewing experience. Also, the screen-to-body ratio is 85.6%, which provides a good screen surface area. It comes with a bezel-less display with waterdrop notch that enhances the look of this phone.

The phone comes with a 1080 x 2340 pixels resolution with a 402 PPI density. If you have a phone with such PPI density, surely you will see more detailed picture quality and screen experience.

The phone runs on the operating system of Android 9.0(Pie), and that can be upgraded up to its latest version. It also has OxygenOS 10.3.1 for better system stability and functioning.

It also has a high-end SoC of Qualcomm SDM845 Snapdragon 845 that improves the power efficiency by 30%. You can efficiently perform multi-tasks and run massive games smoothly. Even the video capturing efficiency is also enhanced.

The phone is designed with a dual rear camera of 16 MP + 20 MP. You will also get a dual-LED flash with HDR and panorama, and that’s a good combination. Also, you can easily record smooth 4k videos @30/60fps, 1080p@30/60/240fps, and other formats. It also has gyro-EIS that improves your low light photography by compensating for the handshake to give consistent frames between videos.

The Selfie camera of this phone is pretty amazing because it also has gyro-EIS for better selfie videos. Its front 16 MP also enables you to record 1080p videos @30fps, and that’s noticeable.

Now it has both pros and cons in terms of Memory; the benefit is that it offers a vast in-built space of 256GB and 128GB with its 8GB RAM variant. Its other variant is available in 128GB storage space with 6GB RAM.

If we talk about the disadvantages, it does not have any slot for an external memory card. So you can’t use a memory card, but you already have a lot of in-built space that you can use to store a lot.

In the case of Sound also the phone has its pros and cons. The beast comes with a powerful loudspeaker that has a 67 dB voice. It also has support for Dirac HD sound that ensures to increase the overall sound performance.

The thing which you may not like is that it doesn’t have a headphone jack. It means you can’t connect your wired headphones. But surely you can use your Bluetooth headset for a hassle-free experience.

The phone has a humongous battery size of 3700 mAh and that too non-removable. Some people believe that buying a non-removable battery phone is a bad option. But the fact is it improves design and battery life.

Some Extra Features of OnePlus 6T

The phone has all other essential features that are needed for normal functioning. Features like accelerometer, gyro, proximity, and compass are necessary to measure the rate of change for different things.

If you use the Wi-Fi feature very frequently, then it has everything you may need. It comes with a Wi-Fi 802.11, dual-band, Wi-Fi Direct, DLNA, and hotspot. The phone also has Bluetooth 5.0 support for a better connection between other devices and headphones.

The device comes with USB-C support that enables you to transfer data smoothly and in no time. One of the things you may not like is that it does not have an option for radio. This may be because very few people listen to it; you can use different music and audio streaming platforms instead of the radio.

One of the amazing features it has is NFC, which works as a smart switch to establish a secure connection between mobile devices.

The 6T version was released by One Plus on 30th October in India, and currently, it is available in three color variants that are Thunder Purple, Mirror Black, and Midnight Black. All these variants are available for sale at Amazon.in and even OnePlus stores and Croma too. While buying at Croma, don’t forget to use Croma coupons available at TalkCharge for more discounts.

The phone comes in three variants each has different price and specifications:

The price of each variant may vary a little because it totally depends on the color variant you choose.

The tinier notch is accompanied by the same resolution. The prime changes in the screen arrived with the launch of the OnePlus 5T, in which the company adopted an 18:9 display. This feature was then followed in OnePlus 6, too, and keeping the same in Oneplus 6T. It has shrunk even more. The bigger Display allows the screen to fit more icons on the right and the top left of the Display. The size of the Display is 6.41 inches, having an AMOLED panel with an aspect ratio of 19.6:9. The best thing is that even though the Display has increased, it doesn’t feel significant in hands and is very comfortable to hold.

If we compare the Camera, both OnePlus six and OnePlus 6T are the same, and the company hasn’t done anything significant with the Camera. The dimensions are a bit changed, and the phone has become 0.4mm thicker and heavier by 8 grams. You may count it as a negative point, but with this 8 gm, you will get a bigger battery option. I think it is a great deal to get a bigger battery by just increasing 8 grams.

What your Sunglasses Style have to Say about You?
Top 10 Travel Websites to plan your Holidays