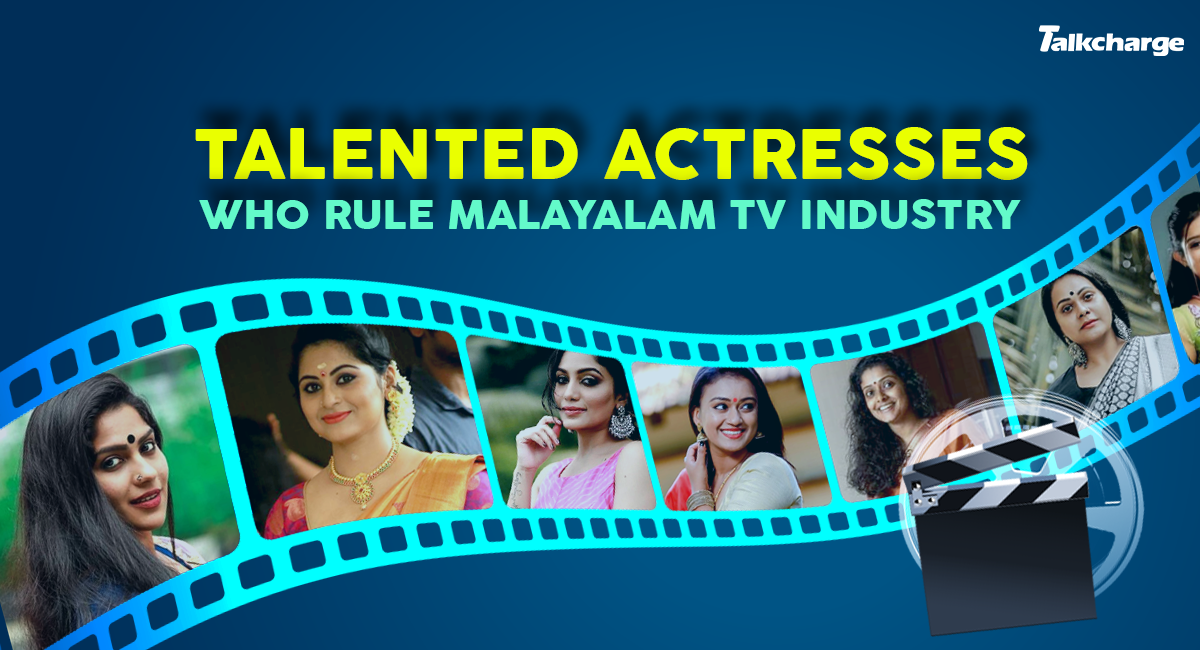 Malayalam Industry has always came up with unbeaten content with stunning actresses in the lead roles. They persevere the recognition of Mollywood town to each industry they set foot in. A Few well-known Malayalam TV serial actress names are Blessy Kurien, Gopika Anil, Sruthy Surendran, Malavika Krishnadas, and many more.

In 1985, DD introduced the first Malayalam channel and soon, the first Private Channel in Malayalam, i.e. Asianet, was launched. Post which several Malayalam TV channels were launched, which telecasted TV series, movies, reality shows and others. These channels gave a boost to the career of TV actresses, as they got the opportunity to show their talent on the TV. Below we have presented Malayalam serial actress name list. These actresses are turning many heads with their terrific performances in their shows.

The first name on popular Malayalam serial actress list is multi-talented actress Swasika. Also known as Pooja Vijay, she is a famous dancer, television presenter and has appeared predominantly in the Malayalam Cinema. In 2009, she made her debut in acting with her Tamil Film Vaigai; soon after, she showcased her acting skills in famous Malayalam serials like Dhathuputhri and Seetha. The actress has also won many accolades for her characters that she has played on the screen.

Besides movies and serials, the beautiful actor has also presented many TV shows like Music Program, Reality Show, Kathukutti Katturumbu etc. She would be soon seen alongside Mohanlal in her upcoming Malayalam movie Aaraattu.

In the Malayalam serial actress name list, Sruthi Lakshmi is the next. Sruthi Lakshmi stepped into the Malayalam TV industry as a child artist with her famous soap opera Nizhaluka. Subsequently, she acted in many known TV shows such as Nakshathrangal, Detective Anand etc. Following her stint on the TV, she tried her luck on the silver screen. Apart from acting, the actress also holds training in classical dance. In 2016, the lovely lass won Kerala state television award for best actress for her TV serial Pokkuveyil. Sruthi is currently busy working in a soap opera-Swantham Sujatha and hosting a reality show- Comedy Utsavam.

At a very young age, Arya entered the showbiz! She was in her secondary school when she got the offer for her first Malayalam serial, Officer on Amrita TV. The actress then worked in the Tamil industry but soon made a comeback to Malayalam TV serials. Some of her shows that gained her popularity are Mohakkadal, Achante Makkal, Ardram, and reality show Stars on the Asianet channel. In 2020, she appeared in the second season of the Malayalam reality shows Bigg Boss.

Varada has been ruling the Malayalam industry since she made her debut. She first anchored for a local television channel, followed by Malayalam serials on Jeevan TV and Kairali TV. She then forayed in the movie industry and worked in Vaasthavam in 2006. After working in a couple of movies, the actress return back on the TV. Her TV series Amala in which she played the titular role, got her immense popularity, and she became a popular Malayalam serial actress name. Varada is currently part of the Moodalmanju serial on Flowers TV.

Next in the Malayalam serial actress name list is super gorgeous Shelly Kishore. The beautiful actress made her way to the TV industry in 2006, with her serial “Thaniye”, aired on Amritha TV. This TV series got her State Government award for the best actress. The show gave a huge boost to her career, and she was then signed for Multilanguage movies, including the Bollywood movie The Waiting Room”. Besides acting, the actress has learned various dance forms such as Mohiniyattam, Kuchipudi and Bharatanatyam. Shelly Kishore is currently part of Ente Maathavu that is telecasted on Surya TV.  The actress will also be a part of the yet to be released superhero movie- Minnal Murali.

Rekha Ratheesh is counted amongst the top names of the Malayalam serial actresses. She was nearly four years old when she made her way to Cinema. The 39-year-old actress got a breakthrough with her performance in Parasparam, Manjil Virinja Poovu, Pookkalam Varavayi and Pookkalam Varavayi, in which she essayed important roles. In 2013, she was seen in Parasparam in the titular role.  It was one of the longest-running shows on the Asianet channel and earned her five consecutive awards for her portrayal.

Gopika Anil is next on our list of popular Malayalam TV actress list. The damsel gained fame through her leading roles in famous TV series-Kabani and Santhanam. Though Kabani went off the air in 2020, her Malayalam serial Santhwanam is currently fetching huge TRPS. She has also worked in several music albums like Muripala Gopala, Amma Kaithozham, Thamarakannan, Thaye Bhagavathi, Muthappanoru Manimala and Chiri Thooki Kaliyadi Vaa Vaa Kanna. Not just this, she has been a prominent face in the Malayalam cinema. Her last movie was Mattancherry that released in 2018.

The hot and stunning actress Vindhuja Vikraman won many hearts from her very first Malayalam TV serial, Kaligandaki, on Amrita TV in 2017. Following which she worked in some more Malayalam daily soaps such as Chandanamazha, Athmasakhi and Oridathoru Rajakumari. All these serials had a successful run on their channel, making Vindhuja a top actress in the Malayalam TV industry. The actress has also wooed the audience with her performances in Tamil serials such as Kanmani. The stunner has turned many heads with her latest photoshoot, in which she was seen in the traditional avatar.

Avanthika Mohan made it to Mollywood in 2012, with a romantic fantasy-Yakshi – Faithfully Yours. In the following year, the beautiful actress made a strong imprint in the Malayalam movie industry with her films like Mr Bean, Neelakasham Pachakadal Chuvanna Bhoomi, Crocodile Love Story and 8: 20. With the likes of Aalamaram, Rajavin Paarvai Raniyin Pakkam, Avanthika is also a well-known face in the Tamil Movie industry! In 2015, Mohan tried her luck in the TV industry, and soon after her first Malayalam serial Shivakami, she became a household name. She is currently busy with her ongoing serial Thoovalsparsham (Malyalyam Show) on the Asianet channel.

Known to be the vamp of Malayalam TV, Archana Suseelan is one of the leading names in the Malayalam TV industry. The 30-year-old actress started her career in the industry with the Television series -Ente Manasaputhri in which she played the role of Gloria. She has also worked in the Tamil and Malayalam TV industry simultaneously. Following the success of her soap operas, the beauty became famous for her negative roles. She has also participated in dance shows like the Television series Ente Manasaputhri. Archana was also one of the strongest contenders in the first season of Bigg Boss Malayalam. Besides her illustrious TV career, the actress has been part of a number of Malayalam movies like Rain Rain Come Again, Sultan, Pravasalokam and would be soon sharing the screen with Nivin Pauly in her upcoming film Gauri.

Like Hindi, Malayalam TV serials are followed by many! These serials have made TV actresses like Gopika Anil, Avanthika Mohan and many listed above a household name. They have a huge fan following. Besides acting on TV, many of them have also marked their presence in Mollywood. In the above write-up, we have mentioned the Malayalam serial actress name list. Hope you liked the article!

10 Types of Necklaces that Every Woman Must Have
Best Pre Workout Supplements 2022: Suggested Use & Benefits