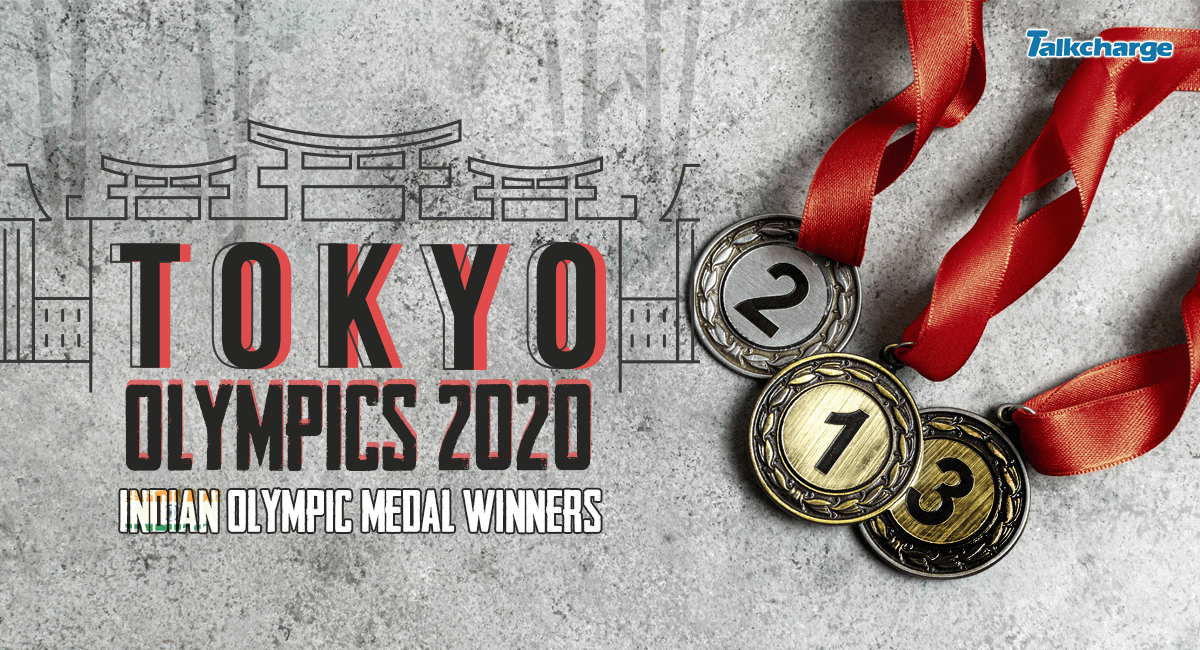 While the modern Olympics started in 1896, Olympic Games were previously held from 776 BC to 393 AD in Olympia, Greece. Olympic Games features summer and winter sports competitions in which more than thousands of athletes from around the globe participate in many competitions. Being the leading sports competition, over 200 nations take participates in it. Olympics takes place after every four years, alternating between the Summer and Winter Olympic games after every two years. This year, the Sumer Olympics took place in Tokyo and were known as Tokyo Olympics 2020. This was quite a special year for India as it hauled seven medals, including Gold medals after ages. 2020 Summer Olympics started on 23 July 2021 and ended on 8 August 2021. With Saikhom Mirabai Chanu winning the first medal this to Neeraj Chopra, who brought Gold Medal home and Hockey Team winning its Bronze after 41 years, the Indian Olympic medal winners have created history, making the country proud!

Meet seven wonders of India, who have made the country proud with their historic performance at Tokyo Olympics 2020:

Fondly known as Mirabai Chanu, the 27- year-old athlete from Manipur won her first silver medal in the Women’s welterweight boxing category in the 2020 Summer Olympics. This wasn’t Chanu’s first performance in Olympics; she qualified in the 2016 Rio Olympics in the women’s 48 kg category but failed to finish the event. Mirabai Chanu brought the second weightlifting Olympic medal to India after Karnam Malleswari in 2000.

The Padma Shri recipient gave her first breakthrough performance in 2014 at the Glasgow edition of the Commonwealth Games, in which she won a silver medal in the 48 kg weight category. In the 2017 World Weightlifting Championships, the young wrestler lifted the competition record 194 kg in total (85 kg snatch and 109 kg clean & jerk and won the gold medal in the Women’s 48 kg category.

Chanu has also won multiple medals at the Commonwealth Games, including her first gold medal for India in the 2018 Commonwealth Games. She is also the winner of many world Weightlifting championships in which she broke the record by lifting the highest weight-201 kgs. Owing to her contribution to sports Mirabai Chanu has been awarded Major Dhyan Chand Khel Ratna in 2018.

The P. V. Sindhu continued with her dismal performance at the 2020 Summer Olympics and went on to become the first Indian to become the Badminton World Champion.  Sindhu won a bronze medal in Women’s singles badminton by beating China’s He Bing Jiao 21-13, 21-15. In 2016, she won her first silver medal at Summer Olympics (Rio), being the only Indian athlete to win two medals at the Olympics that too consecutively.

The ace shuttler started her career in 2011 and rose to fame with a world ranking of no. 2 in April 2017. Sindhu was only 17 when she made it to the top 20 of the BWF World Ranking in 2012. After Zhang Ning (former badminton player from the People’s Republic of China), she is the only woman to win the highest medals at the world championships.

The Badminton Champion bagged the super series title for the first time at the 2016 China Open. She has also won a silver medal at the 2018 Commonwealth Games and 2018 Asian Games, respectively, and two bronze medals at the Uber Cup.

Owing to her incredible performance and immense contribution to Indian sports, Sindhu has been awarded many prestigious awards that count Padma Shri, Padma Bhushan, and Major Dhyan Chand Khel Ratna.

The Assam-based female boxer Lovlina Borgohain made it to the Indian Olympic Medals winners list by winning a bronze medal in the Women’s welterweight event. Lovlina defeated Chinese Taipei’s Nien-Chin Chen in the quarter-finals and bagged her first medal in her debut event at Olympics. She is the third boxer after Vijender Singh (2008) and Mary Kom (2012) to win a medal at the Olympics.

The Indian Men’s hockey team created history after winning a medal after more than four decades. The team last won a gold medal at the 1980 Moscow Olympics. The Indian Men’s Hockey team secured a bronze medal at Olympic Games Tokyo 2020 after defeating Germany by a 5-4 scoreline. India has won 8 gold medals in Hockey before Tokyo Olympics 2020. With its outstanding performance this year, we hope the team reprise its dominating performance in the upcoming Olympic games.

The Olympic debutant Ravi Kumar won a silver medal in the 57 kg category at the 2020 Tokyo Olympics, becoming the fifth in the Indian Olympic medal winners list. He made a remarkable entry to the finale after pinning Nurislam’s both shoulders to the floor. However, he lost the finale to Russian wrestler Zaur Uguev by a 7-4 scoreline.

The 23-year-old-wrestler from Sonipat, Haryana, started his career in wrestling at an early age and went on to win a silver medal in the 2015 Junior World Wrestling Championships at Salvador de Bahia in the 55kg freestyle category. Due to a leg injury in 2017, Kumar was on a sabbatical period and made a roaring comeback 2018 World U23 Wrestling Championship in Bucharest, where they won the silver medal.

The freestyle wrestler, Bajrang Punia, defeated Kazakhstan’s Daulet Niyazbekov and clinched the Bronze medal with 8-0 the scoreline at Tokyo Olympics 2020. He competed in the 65-kg weight category. Punia has won three medals at the World Wrestling Championship, being the only wrestler with the highest number of the medals.

In addition to winning bronze and silver medals, the ace wrestler won the gold medal in the men’s freestyle 65 kg category and Asian Games in 2018. Before qualifying for Tokyo Olympics, Punia won a gold medal at the Matteo Pellicone Ranking Series 2021 (Italy) in the 65 kg event.

7 August 2021 is the date when Neeraj Chopra scripted the history! On this day India won its second individual Olympic Gold. The first was won by Abhinav Bindra in 2008 and now by the 23-year-old Neeraj Chopra. Making the country proud, Neeraj bagged a gold medal in the Men’s Javelin Throw category with a throw of 87.58 metres. He won a gold medal in athletics after nearly 100 years, securing his name in the list of Indian Olympic Medal winners. In addition to his recent win, the agile athlete has won the most gold medals in several championships, including Junior World Championships (2016), Asian Championships (2017), Commonwealth Games, Asian Games (2018).

Interesting Facts about India at the Olympics

With a number of historical moments, the Tokyo Olympics 2020 concluded on 8 August 2021 and announced the next Summer Olympics in 2022 in Beijing. This year India won the highest number of medals, i.e. seven, including gold. We hope India maintains its dominating performance in upcoming championships and Olympic Games to take place in years to come.

Neeraj Chopra has won a Gold medal in the Men’s javelin throw category at Tokyo Olympics 2020.

2. Who was the first individual Olympic medal winner from independent India?

3. What is the name of the first Indian woman Olympic medal winner?

Karnam Malleswari was the first woman who won the first Olympic medal for India.

4. Which country has won the highest gold medal in the Olympics?

The United States has the highest number of Gold Medals that counts 1,061 medals.

5. Who was the first Olympic medal winner in India?

Norman Pritchard was first to represent India (during British raj) in 1900. He won two silver medals.

6. How did Lovlina borgohain won bronze?

Lovlina Borgohain took the bronze medal after losing the silver medal to Turkey’s Busenaz Surmeneli in the semi-final.