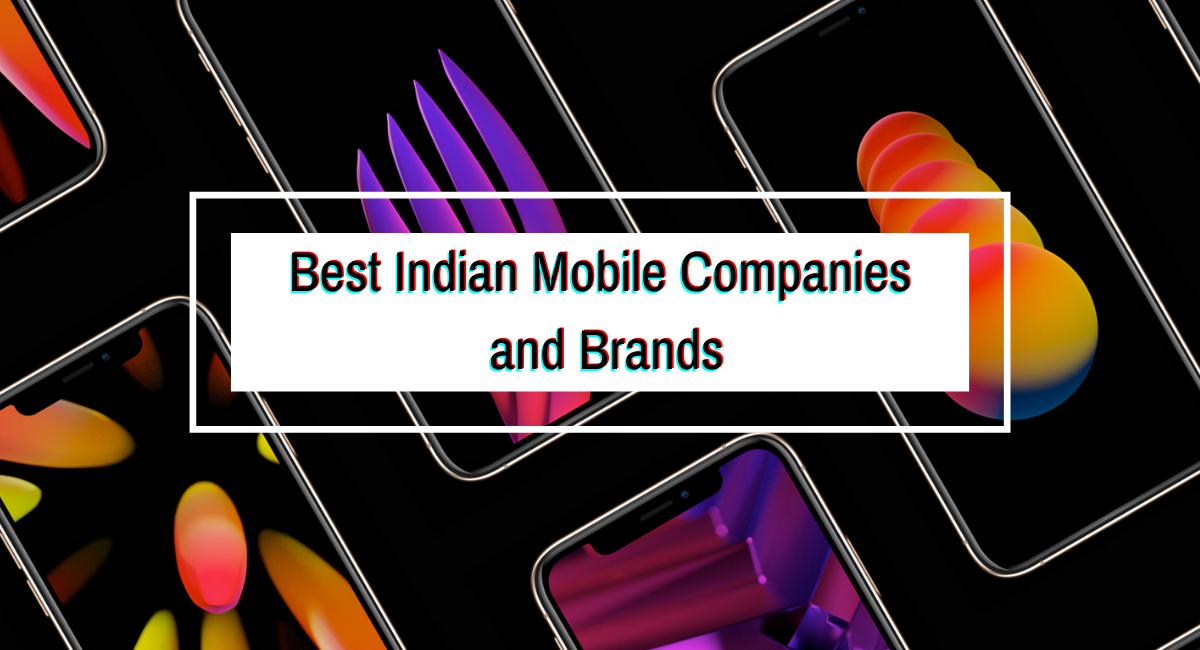 There are a number of choices from domestic and international mobile brands in a country with more than 760 million smartphone users. If you have aligned with the concept of using Indian products or looking for budget-friendly smartphones, then Indian mobile companies can be your choice.

Here we have curated the best Indian mobile companies list. All these companies have launch smartphones that are customized for Indian users. You can choose to buy the latest mobile models from companies and encourage domestic brands.

Founded in the year 2009 by Sudhir Hasija and Pardeep Jain, Karbonn Mobiles is one of India’s best smartphone manufacturing companies. It has introduced various series of feature phones, smartphones, tablets, and mobile phone accessories.

It is a joint association of United Telelinks Ltd and Jaina Marketing Pvt. The company is also associated with telecommunication services providers like Airtel, Vodafone Idea, and Jio. Karbonn mobiles have also made their ways in other countries like Sri Lanka and Europe.

Next in the list of best Indian Mobile companies is Lava International. The smartphone company was established in the year 2009 by Hari Om Rai, Sunil Bhalla, Shailendra Nath Rai, and Vishal Sehgal. Headquartered in India, Lava International is also functional in countries like Nepal, Bangladesh, Indonesia, Middle East, Russia, and Pakistan. In the year 2019, Intel tied up with Lava, and they both introduced the first smartphone in India – Xolo X900, which had an Intel processor, and that’s how XOLO was introduced.

The company will soon come up with new manufacturing facilities. It has some of the best smartphones that too at a reasonable price. The Lava Iris X1 was one of the first smartphone with Android KitKat operating system.

Started in the year 2000 with the headquarters in Gurgram, Micromax is one of the well known Indian mobile companies.

In 2010, Micromax became one of the largest domestic companies that made handsets at the country’s low-cost feature phones. The company is listed at the 10 number in the list of largest smartphone vendors across the globe. It also has a subsidiary called YU Televentures, which sells the products under the brand name YU. The company also has a wide range of smartphones, tablets, web browsers, air conditioners, power banks, and soundbars. Micromax Dual 5, Micromax Canvas Knight, Micromax Canvas 2 A110 are some of the popular smartphones of the brand.

Intex is another Indian brand known for its electronic products. The Intex inverters are one of the best in India. Along with that, they have a wide range of smartphones, LED TVs, tablets, and more. It is recorded as the second largest Indian phone company.

It was founded in 1996, and today you can see a range of budget phones from the company. Intex Staari 11, Intex Infie 33, Intext Elyre E6, Intex Aqua Lions, and Intex Aqua Jewel are some of the company’s well-known models.

iBall is one of the most trusted Indian electronic company that manufactures smartphones. It comes in the list of Indian origin mobile company which is growing fast.

It is also manufactured in laptops and tablets. The company was primarily known for importing computer parts and peripherals.

In the same year, it introduced 4G enabled smartphones named Erath, flame, water, and Wind. Mukesh Ambani founded the company. You can also look for other Indian companies that have made a significant presence in the country.

Videocon Industries Limited is an India-based company known for an array of home appliances that include a washing machine. In the year 2009, the company introduced its first basic mobile phones. After various Videocon mobiles’ models’ success, the brand came up with their flagship smartphone- Videocitsfinium Z51+ in the year 2015.

In the following year, the company launched a new smartphone ‘Videocon Cube3 V50290, which was Android-based. Soon it became the leading Indian Android mobile company in India.

Spice Digital is one of the best Indian mobile companies which launch the latest smartphones that are budget-friendly. There are various models like Spice F301, Spice Xlife 512, Spice Mi-504, etc. has customized according to the need of Indians.

Since then Spice digital has launched an array of models and smartphones. Recently, Idea Cellular took over spice Telecom, which is a telecom service provider.

We have listed the best Indian mobile companies and brands which launch an amazing range of smartphones. Consumers can choose to buy from a higher or lower budget bracket with required modern features. Hence you can go through the latest smartphones from the brands of Karbonn, Lava, Micromax, iBall, etc. We hope the list of the Indian mobile companies above was helpful for you.

1. Which mobile company is Indian?

2. Is Lava mobile an Indian company?

Yes, Lava International is an Indian mobile company which a wide range of models.

No, Vivo is a Chinese smartphone that is assembled in India.

4. Is spice mobile an Indian company?