Effect of JIO’s Entry over the Telecom Industry 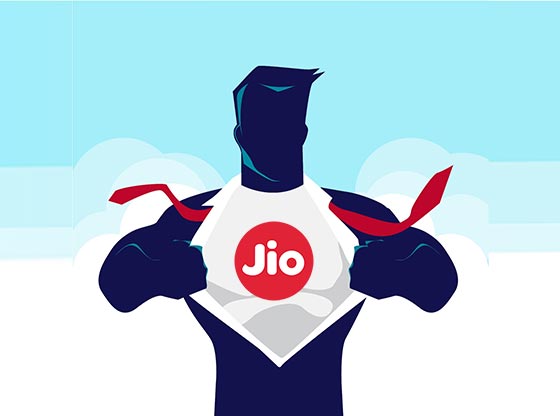 With JIO soft launch in December 2015, Reliance JIO took the entire telecom industry by storm and since then the other companies are fighting hard to stay in the race. The three big players namely Bharti Airtel, Vodafone, and Idea are looking at a ‘Us against JIO’ kind of war. There’s no doubt that JIO literally bought a revolution and in a result, all the telecom companies had to reduce their rates of Mobile Recharge. Be it Vodafone Recharge plans or Airtel Mobile Recharges, all of them reduced the cost by more than 1/4th of the previous value.

There are various other effects of JIO’S launch on mobile recharge that the big telecom companies faced, let’s check them out:

Although there wasn’t much decrease in the number of Airtel subscribers in the year 2016 or even in 2017, the number didn’t grow that well in comparison to JIO. While JIO was enjoying 4.7 million new users month by month, Airtel had only 2.09 million new customers. The number of customers remained constant for a few months and this affected the revenue of the company. In 2015 the revenue generated was Rs. 1460.7 crore in the quarter that ended in September, but it decreased to Rs. 503 crore in December. Also, the most recent revenue recorded was of Rs. 367 crore. The Airtel prepaid recharge and postpaid recharge now cost as low as RS. 200 per month including 1Gb data every day, while a few years back we were paying like Rs. 300 for 1 GB data for a month.

In the year 2015, Vodafone experienced a customer base growth of 2.9 million in the first quarter and in the end, the customer closing base was 211.9 million. The data browsing and voice call revenue also decreased by 20.4% and 14.2% respectively. Although, the CEO of Vodafone Sunil Sood said in an interview that they are welcoming the competition and now there’ll be no wastage of data with unlimited plans and usage will be very effective.
Vodafone remodeled their Mobile Recharge plans and now they too offer unlimited calling, 1.4GB 3G and 4G data and 100 SMS per day in their plans. The decrease in the cost of Vodafone recharges was a smart step and the loyal customers of Vodafone didn’t leave, as they got a reason to stay.

In the year 2015, Idea had a customer base of 189 million in the first quarter, but it decreased to 178.8 million. In the last financial year, growth was there and the customer base recorded was 185.2 million. The losses reported by the company was of Rs. 385 crore in 2015 and Rs. 815.9 crore in the year 2017. Even Idea launched cheap Idea recharges for postpaid and prepaid mobile users, but still, the growth rate couldn’t meet up the expectations and this became the reason for the merger of Vodafone and Idea.

The war between the telecom companies was the reason why we could now enjoy the cheapest mobile recharges and other mobile services and we should be thankful to JIO for that. We don’t know for how long this cut-throat competition will go on in the telecom industry, but we must avail the benefits of this. To know more about the Vodafone Recharges, Airtel Prepaid Recharge Plans or Idea Data Recharges, you can visit TalkCharge.com.