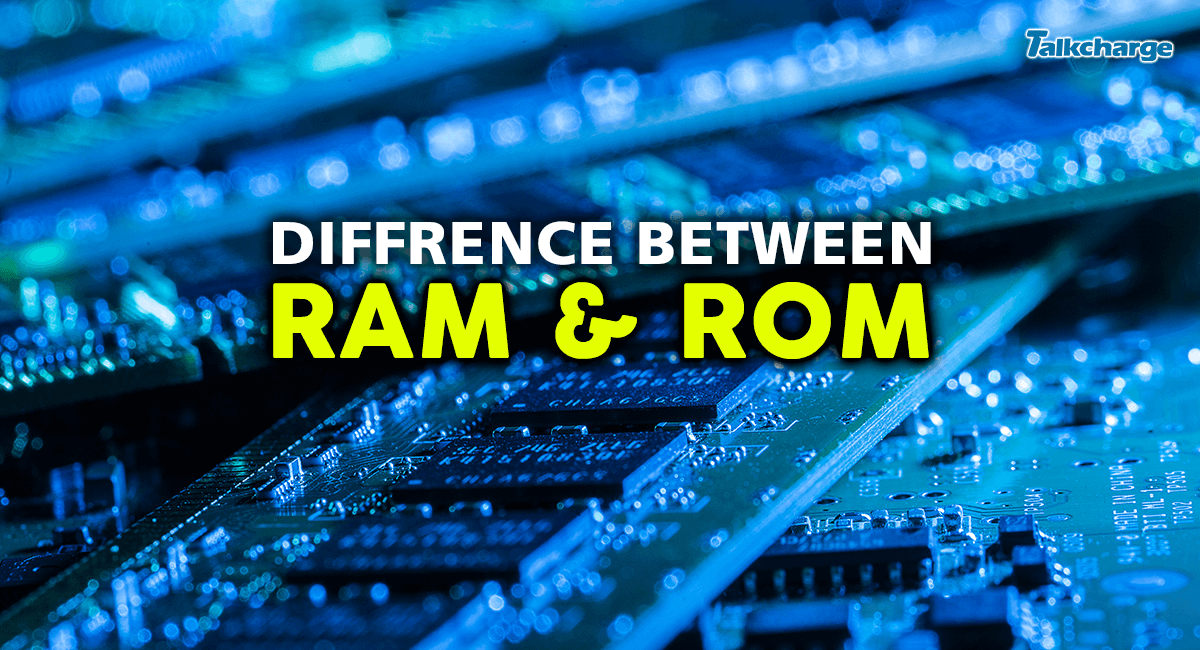 What is the difference between RAM and ROM is probably a million bug question. You would have been in 4th or 5th grade when you would have first read about RAM, ROM and the difference between them.  Back in those days, the only thing we would do is ratto all the things like a parrot would do without even understanding in detail, without knowing that this might haunt for years. After a couple of years now, when you are preparing for higher entrance exams, you must be surprised to find the same topic again. In order to help you find the difference between them both, we have curated all the primary points that distinguish both the memory from each other.

Random Access Memory (RAM) is a type of computer memory that can be changed and read in any order. It is used to store the working data and machine code. Read Access Memory allows to read or write the data in the same amount of time despite the fact that where the data is physically stored in the memory. It is different from data storage media such as hard disks, CD’s RWs, DVD-RWs, etc. The time required to read and write by these data storage media varies significantly according to the physical locations on the recording medium. This could be due to limitations in mechanics that include rotation speeds and arm movement. RAM is known as the main, temporary memory, cache or volatile memory of the computer. The information stored in such types of memory can be lost when the power supply of the computer is switched off. The data present in RAM can be easily changed, written, read, or erased multiple times. It is a type of volatile memory.

Also, known as SRAM, is a type of memory that stores the data through the state of six transistor memory cell.

Also called DRAM, Dynamic RAM stores the data by using pair of the transistor along with the capacitor that has a DRM memory cell.

It is a type of ROM in which data is stored or written once the memory chip is created, and it is non-volatile as it does not require power to maintain the stored information.

It is a type of non-volatile memory in which the memory chip can be removed by exposing it to the high- intensity UV lights.

It is a type of memory in which data can be electrically removed through the field electron emission. It is integrated into microcontrollers for smart cards and remote keyless systems, and other electronic devices to store small data.

This is the type of Read-only Memory in which the data is stored during the time of the manufacturing memory chip.

Five + Difference between RAM and ROM

RAM is a type of volatile memory in which the data can be easily stored as long as the device has power.  As soon as the power is cut, the data is lost from memory.

On the other hand, ROM is a non-volatile memory that can store data for a long time even if there is no power supply.

The data which is stored in the Random Access Memory can be recovered and changed as per the requirement.

Talking about ROM, the data present in the Read-Only Memory can only be read. Like in RAM, it cannot be recovered or changed.

RAM is quite spacious, and thus, it allows to the storage of huge data. On the contrary, ROM has less space, and therefore, a restricted amount of data can only be saved in the ROM.

The speed of RAM’s writing data is a way faster and lightening process. On the contrary, ROM has a slow writing data speed.

RAM is used with primary memory DRAM and CPU cache memory SRAM. On the other hand, ROM is used in microcontrollers, BIOS- Basic Input/Output System and electronic devices.

In this blog, we have covered an overview of the difference between RAM- Random Access Memory and ROM (Read Only Memory). This is one of the basic topics of Computers and is asked in several higher entrance exams that include UPSC Civil Service Exams.

RAM means Random Access Memory, and ROM means Read-Only Memory. One of the prime differences between both is the availability of the data. The data stored in RAM can be removed, read and modified, but on the other hand, the data present in ROM can only be read, and it permanently stores the information.

ROM is ideal for storing information, which cannot be changed or removed. However, the data present in RAM can be changed, read and deleted. The speed of RAM is faster than ROM.

ROM is comparatively cheaper than RAM.