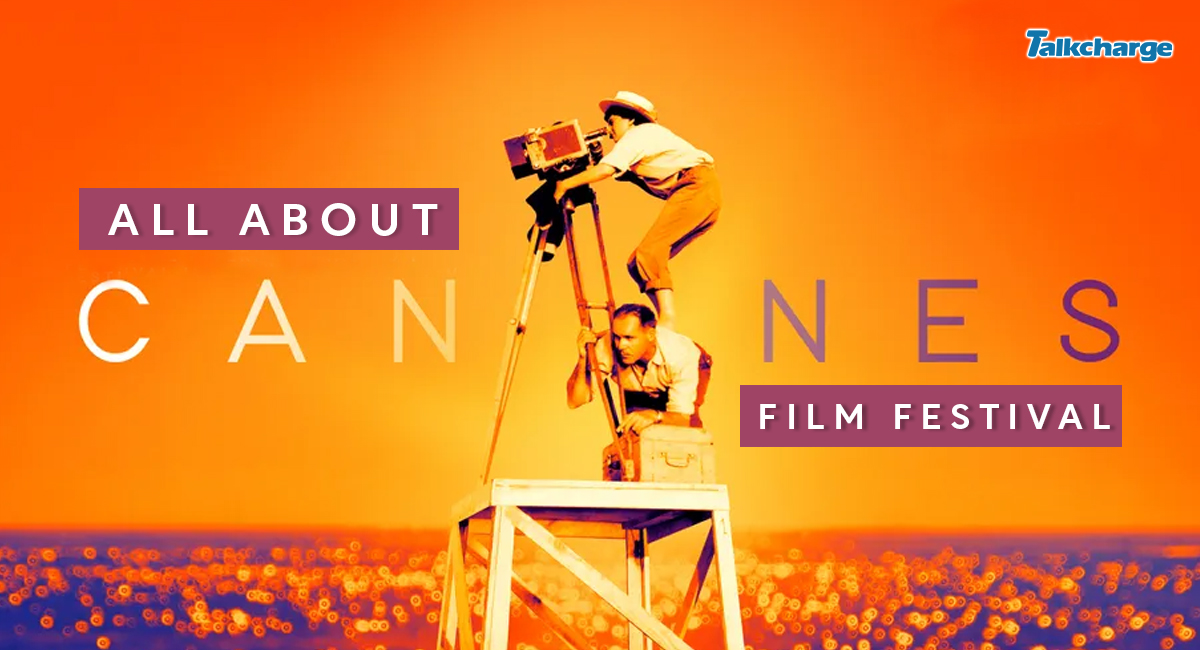 The annual Cannes International Film Festival is back with its 74th edition this year after giving a miss in 2020 due to the onset of Coronavirus. Festival De Cannes is a prestigious rendezvous that takes place in the known locations of Cannes, France.

The festival aims to encourage all types of cinematographic art and foster a spirit of collaboration between film-producing countries. It previews new movies of all genres and documentaries and short movies and acknowledges the best actors, actresses and films from across the globe. The 8-10 day-long festival is also special for its red carpet that many celebrities have walked from India and other countries. Ace actresses like Aishwarya Rai Bachchan, Alessandra Ambrosio, Elle Fanning, Maison Valentino, Deepika Padukone and many others have put the red carpet on fire with their stunning looks. Scroll down to know more about the festival and why is it so special for the film fraternity.

The Cannes international film festival was organised as an alternative film festival after being dejected from the partial results of the Venice Film Festival, which was ruled by Benito Mussolini and Adolf Hitler.

The first season of the Cannes International Film Festival was supposed to inaugurate in 1939, and Cannes was selected as the event’s main location. Cannes, a city in France was and still is known for its scenic view. It captivated tourists from around the world. However, the festival was cancelled due to the Second World War.

After years of wait, the international film festival final kick-started in 1946 from 20th  September to 5th October 1946. The first-ever international film festival in France was opened by Ace American singer Grace Moore and had a host of entertaining events in the Garden of the Grand Hotel. It featured movies from 19 countries and an international jury along with the president – Georges Huisman. With bits of technical glitches, the first season was, however, a success.

In 1947 the festival took place as “Festival du film de Cannes” and screened films from 16 countries. In the following year, the festival was put on hold. It returned in 1949, and again the festival gave a miss in 1950. In 1952, Palais des Festivals became the permanent home for the festivities.

In 1955, The Palme d’Or was introduced as the highest prize award at the Cannes Film Festival. Since then, the festival has been labelled as the most prestigious film festival. Even today, it enjoys enormous popularity.

About Jury and President of the Festival

Until 1954, the jury of the festival consisted of Eminent Film Personalities from France and a President. Later, the jury comprised of the most respected international artists from across the world. The festival’s board of directors appoints the jury’s president. Following are the distinguished jury selected at the festival for a different section of awards.

Feature Films: The best feature film is selected by the jury that consists of several film or art personalities and a president.

Cinéfondation and Short Films: The jury that selects the best short films Palme d’Or and three films of the Cinéfondation is comprised of a president and members from the film fraternity.

Un Certain Regard: The jury for Un Certain Regard comprises a President, journalists, industry professionals and students in cinema. It selects the best film, which could be more than one.

Caméra d’Or- The president and film directors, technicians, French and international critics award the best film in any category.

The Cannes Film Festival is organised in several sections that are- the Official Selection, The Parallel and Events.

The Official Selection is the main event of the festival that showcases diversity in cinema through different sections. Films that belongs to the art-house and enjoys a mass appeal is presented in the Competition.

The Uncertain Regard section features movies from different cultures, aesthetically appeal and guarantees to leave a huge impact on the audience. While other sections such as Out of Competition, special screening and Cinéfondation consist of historically important movies.

The festival also has many other events such as master classes, tributes, or exhibitions, producer networks etc. In 2007, the 60th special event was organised to mark the 60th anniversary of the festival. And in 2009, the festival-goers got the chance to meet eminent artists like Sylvester Stallone, Zhang Ziyi, Alain Delon, Winding Refn, who were also awarded the Honorary Palm D’or for life achievement.

Earlier two sections were dedicated to Short Films in the Cannes International Film Festival. One section used to take place at the end of the Competition, in which the jury awards the best short movie with the Palme d’Or. The other section is known to be Short Film Corner which featured a catalogue of 1000 movies for the use of industry professionals. In 2010, both the sections were combined and named as ”Cannes Court Metrage.”

Over the years, Red Carpet Steps” has become the flagship of the Cannes Film festival. The red carpet is walked by the leading personalities like actors, directors, producers, etc. This is the same red carpet of the festival where you must have seen your favourite actors posing for the shutterbugs. Hundreds of paparazzi gather around the red carpet to click the attendees. It draws more attention to the festival due to the glamour quotient as who wore later becomes the talk of the town.

In 2002, The Indian beauty Aishwarya Rai Bachchan marked her debut on the highly coveted Red Carpet for the premiere of her movie Devdas. Due to her association with L’Oreal Paris, the actress visits the festival annually in her dazzling avatar representing her country with pride. Besides her Bollywood actresses that have walked the Cannes Red Carpet are Sonam Kapoor, Vidya Balan, Kangana Ranaut, Priyanka Chopra’s, Katrina Kaif, Huma Qureshi’ Diana Penty and Hina Khan, who walked the carpet for the first time in 2019.

About Awards and Trophies

The Palme d’Or is the highest prize awarded at the film festival in Cannes. Other known awards of festival are:

Some of the Official partners of the Cannes Film Festival are:

Cannes Film Festival is a global festival, initiated in the year 1939, however, the festival was cancelled owing to Word War 2. It was in 1946, that Cannes Festival saw its official inauguration. As the name says the 8-10 days long event takes place in Cannes. The aim of this film festival is to acknowledge the best of the work of the film fraternity and upcoming talent.

1. What is so special about Cannes Film Festival?

What makes Cannes Film Festival so special is the fact that it is attended by the leading artists of the film fraternity from across the globe. And, it’s much talked red carpet.

The Cannes Film Festival started on 6 July and would end on 17 July. The festival is taking place in Palais des Festivals.

3. How is the film sent for Cannes?

The moviemakers have to register for the same online, upload the movie (short film), send the film (feature image) to the given address. The selection committee then goes through each film and shortlist the best amongst the rest.

4. Who can participate in Cannes Film Festival?

The professionals from the film industry can attend the festival. Every participant is supposed to have an accreditation.

5. Which Indian film has won an award at the Cannes Film Festival?

Do Bigha Zamin, Pather Panchali, Kharij, Salaam Bombay have been awarded at the Cannes Film festival?

6. How many films get submitted to Cannes?

Every year, around 2000 movies are submitted to Cannes, out of which 50 feature films and ten short films become part of the official selection. In 2021, 24 films In Competition) and 18 (Un Certain Regard) are featured.