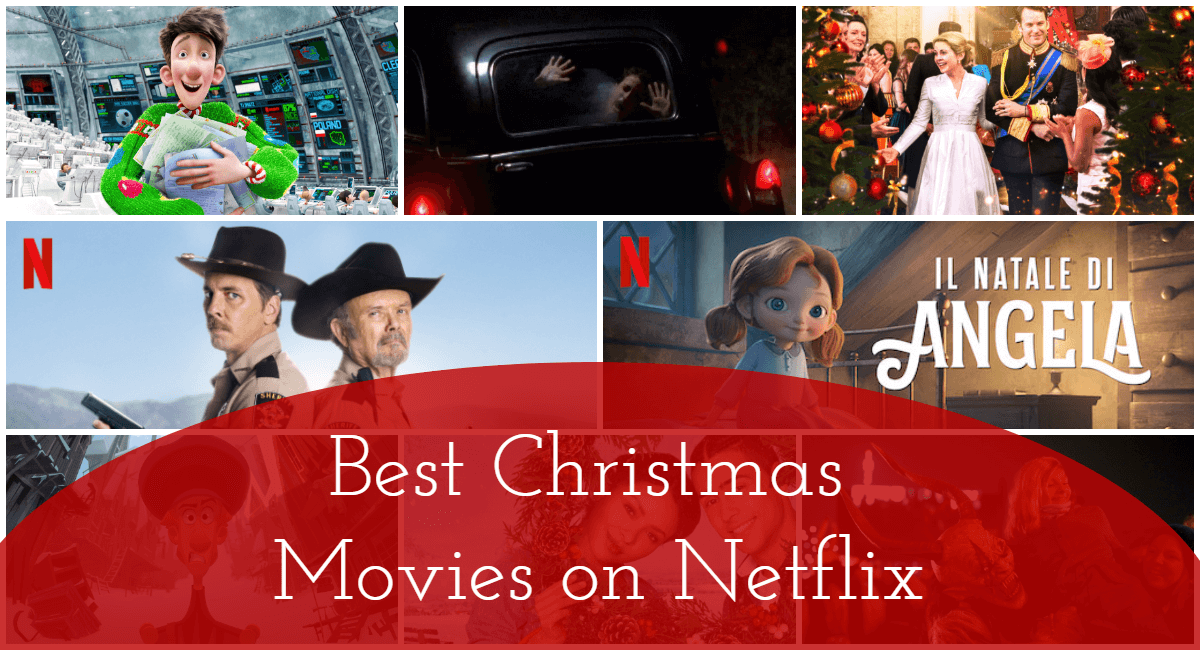 With Christmas and New Year around the corner, it’s time to decorate our homes with Christmas tree and participate in the festivities. What could be even better than binge-watching your favorite Christmas movies on Netflix to celebrate the day? Whether you like romantic saga or horror, we have covered it all for you. Read more to know the best Christmas movies to watch on Netflix. Do not forget to check out the Netflix offers to enjoy the movies at your comfort.

Released in 2017, Angela’s Christmas is an Irish Canadian Animated movie. The movie is inspired by the Pulitzer winner, children’s story. The story is about a little girl Angela who ensures that everyone has a good time at a Christmas party. The movie was nominated at the 46th Daytime Emmy Awards and 2018 Emile Awards. You can watch this movie along with your kids on Netflix this Christmas.

The Animated movie is set to release on the 8th of November in theaters and the 15th of November on Netflix. The story revolves around a boy names Jesper who is the worst student at the postal academy and is stationed on an isolated frozen island. The movie is about the hardship of the boy how he finds solace in a new environment and makes friends. The comical film is a must-watch for kids and parents.

3. Mickey’s Once Upon a Christmas

The cult classic was initially released in the year 1998, and now it is widely available on digital platforms like Netflix. The movie features some of the iconic cartoon characters like Mickey Mouse, Minni Mouse, Goofy, Pluto, Donald Duck, and many more to name. The film has three different stories, narrated by Kelsey Grammer.

This American comedy was released in 1990. The plot begins with the 8-year-old boy who is mistakenly left behind in the house, and his entire family flies to Paris to celebrate Christmas. The boy initially found it’s amusing but was later caught between two burglars.  The movie was super hit at the American Box office. It went on to create world records.

Christmas Inheritance is a tale of a young girl who has to take command over his father’s business, but before that, she has to deliver a Christmas gift to her father’s business partner. During all the chaos and worries, the girl learns the importance and magic of the season and falls in love with local artists.

The Romantic Comedy is a saga of young journalists, Amber Moore, who is sent to cover a press conference of the young and handsome prince but eventually falls in love with him. Trapped in her own lies, it surprising to see how the girl confesses her love to the prince. The love story has a sequel named The Christmas Prince – Royal Wedding.

The Holiday Calendar is Netflix’s very own movie in which a hard-working photographer receives a holiday advent calendar from her grandfather. Unknown to the fact that the calendar has magical power, she finds it a sweet present. Soon her life takes a turn, but for her betterment. That’s where she releases the importance of the calendar.

In this American movie, divorced women, Kate plans to visit Africa all by herself. In the turns of the event followed by, the girl finds solace in the new place. Soon she meets a pilot and rescues a dying elephant baby. While nursing the baby elephant, she discovers her love for the pace, which she calls her temporary home.

The 2003 release centers on a teenager called Buddy, who is raised by Santa’s elves. When he learns about reality, he heads towards New York City to meet his father. In the event of finding his biological father, he gets into humorous setups.

The animated movie revolves around Santa’s gawky, who sets on the mission to find the misplaced Christmas gift of the little girl. It is one of the best popular Christmas movies on Netflix of its time. The family comedy is a pure entertainer and a must-watch.

The drama-cum-comedy is a story of a young girl who is in search of her father to who she has never met. While searching for his father, she visits El Camino, where she is caught as a drug dealer along with five others on Christmas Eve. In all this trouble and tribulation, the girl discovers her hero. Released in 2017, the movie collected a fair amount at the box office. You can watch it on Netflix.

Scrooged is inspired by a Novella called A Christmas Carol, which was written by Charles Dickens in 1843. In this classic comedy, a young man is visited by three different ghosts on the Eve of Christmas ghosts who end up making him understand the importance of the days.

The French Horror movie released in 2003, the story of a dysfunctional family who heads for a road trip on the Eve of Christmas and finds themselves trapped by the ghost. This is one of the best horror Christmas movies available on Netflix.

Krampus is based on the real story of a boy who loses his interest in celebrating Christmas due to a squirrel between him and his family. The latter pays the price of it when a dangerous Krampus haunts him and the entire city.

The blog has curated a collection of best Christmas movies that are widely available on digital platforms like Netflix. You can buy monthly or yearly subscriptions using the latest Netflix offers here to save and enjoy this Christmas.