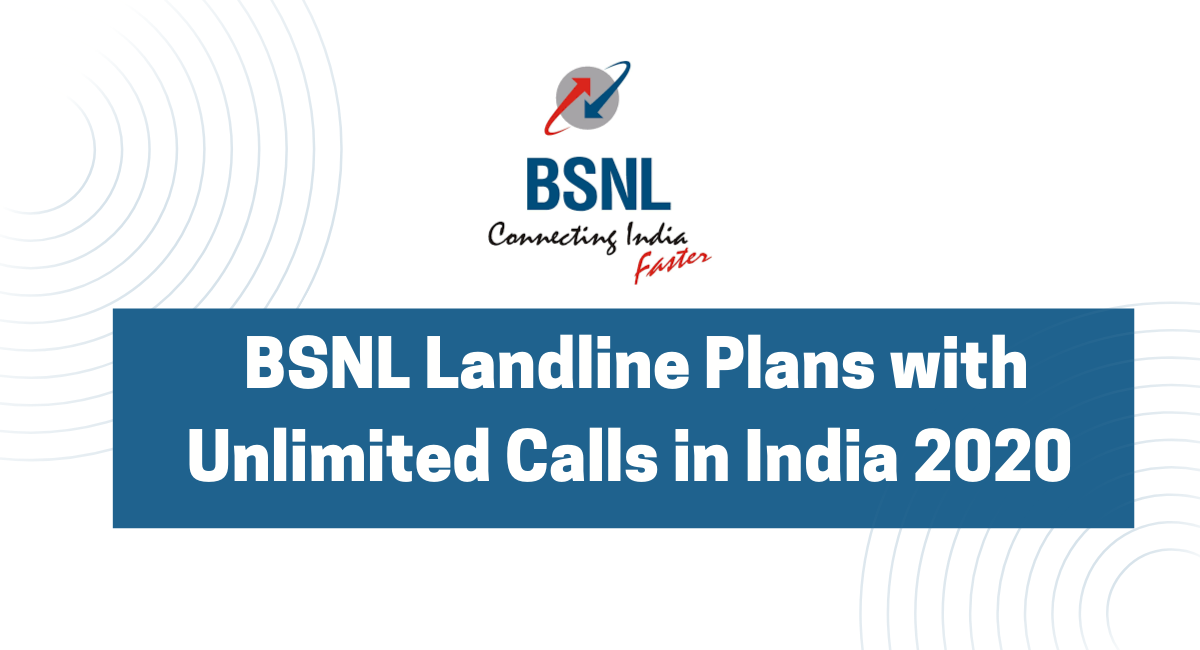 The state-owned telecom, BSNL, is coming up with all new landline plans to attract the users. Bharat Sanchar Nigam Limited- BSNL is known for its landline sector. People across the country still prefer to use BSNL landline connections in their homes and offices.

Recently BSNL has introduced numerous landline plans. It gas also revised some of its previous plans, such as General FMC 180 Rural, Super Value BSNL CUL, Value All CUL, 249 Urban, along with Special FMC 495. In addition to this, the monthly charges of 2GB BSNL CUL are increased to Rs. 369. Earlier it was Rs. 349 per month. Let’s have a look at the latest BSNL landlines plans.

BSNL has raised the 2GB CUL plan from Rs 399 to Rs 419 per month. According to this plan, the users of BSNL will get unlimited calls to most of the networks on all days of the week with the same benefits as the 2GB BSNL CUL plan.

The 3GB CUL plan, which offers the same benefits as a 2GB CUL plan with per day data limit of 3GB, is increased from Rs. 499 to Rs. 519 per month. On the other hand, a 4GB CUL plan is hiked to Rs. 629 from Rs. 599 per month. Also, users will now get 10Mbps -4G speed every day and 2 Mbps if the 4GB limit is crossed. That’s not it, and this BSNL landline plan also provides unlimited STD and local calls.

Bharat Sanchar Nagar Limited has introduced a new unlimited voice calling plans exclusively for its landline phone users. Subscribers can now make unlimited voice calls from BSNL to BSNL numbers (landline or mobile numbers) for a month by paying Rs.99. Moreover, there would be no weekly or daily limits on call duration. This pack is currently available in all the telecom circles where BSNL is operational. In addition to this, the telecom has also launched non-FTTH extended plans that start from Rs. 99 and provides a per-day data limit. Users will benefit from data ranging from 45 GB to 600 GB per month with a speed of 20Mbps. However, if the daily limit is increased the would drop to 1 MBPS

This is one of the super value BSNL landline plans that offer unlimited calls, and Rs. 100 free to other networks. The plan would apply to all the urban and rural circles.

According to a new BSNL landline plan that is priced at Rs. 299, users will get unlimited STD and locals calls. This plan is active for all the users, including existing and new users. Also, the unlimited STD and local voice calls would be functional on all the networks across the country. All the current subscribers of BSNL can contact the nearest BSNL branch to know how they can reap the benefits of this offer. In case you are a new BSNL subscriber, you will get the installation for free.

BSNL superstar 300 plans provide data at 50 Mbps to 300GB. The speed would drop down to 2Mbps after crossing the limit. This plan was initially priced at Rs. 749; now it is increased to Rs. 779. According to this offer, the users would also get unlimited local and STD calls. On the other hand, the state-owned telecom has also revised its 15 GB CUL plan from Rs. 999 to Rs. 1029 every month. With this, the subscribers will also get the benefit of a 5GB CUL plan. The daily data limit for the same is 15GB per day.

The list of BSNL landline plans also includes Rs. 365 prepaid recharge plan. The validity of this plan is 365, and users get access to freebies like unlimited calls for up to 250 minutes in the day, 2GB of data, and 100 SMS’s every day. This plan is available in the selected circles, including UP east and west, Chennai, Tamil Nadu, Maharashtra, North East, West Bengal, Kerala, Karnataka, and Himachal Pradesh, Haryana, Gujrat, Maharashtra, Bihar-Jharkhand, Assam, Madhya Pradesh-Chhattisgarh, Rajasthan and Punjab.

365 Prepaid Recharge plan will also soon provide unlimited data speed up to 2GB per day. Once the limit of the same is extended, the speed would drop to 80Kbps. Subscribers will also get a free PRBT-personalised ring back ton. The validity for the freebies remains 60 days while the validity for the entire plan is 365 days. Once the freebies’ validity is finished, the subscribers would have to add data and voice vouchers to continue the plan.

Once the cap of the BSNL landline plan that you have opted for is extended, you would have to pay extra.

In the year 2020, BSNL has introduced several landline plans, that’s not. The telecom has also revised some of its original landline plans. That allows the users to make unlimited calls to the BSNL Network and other networks. If you are planning to install a landline connection, you will get it for free by availing a specific offer. For any query, you can contact with BSNL customer care.

1. What is the cheapest BSNL landline plan?

BSNL’s new Rs. 99 plan is one of the cheapest BSNL landline plans.

2. Which BSNL plan is best for calling?

BSNL has come up with the Rs. 365 plan for 365 days is one of the best BSNL plans for calling.

3. What is the value of all the cul plan of BSNL?

4. What is the BSNL annual plan?

5. How can I know my BSNL bill amount?

6. Is BSNL Landline free on Sunday?

BSNL subscribers can now enjoy unlimited free calls on Sundays, including day and night. All the BSNL landline plans would be treated as unlimited plans for Sunday. The same goes for a specific circle plan as well.